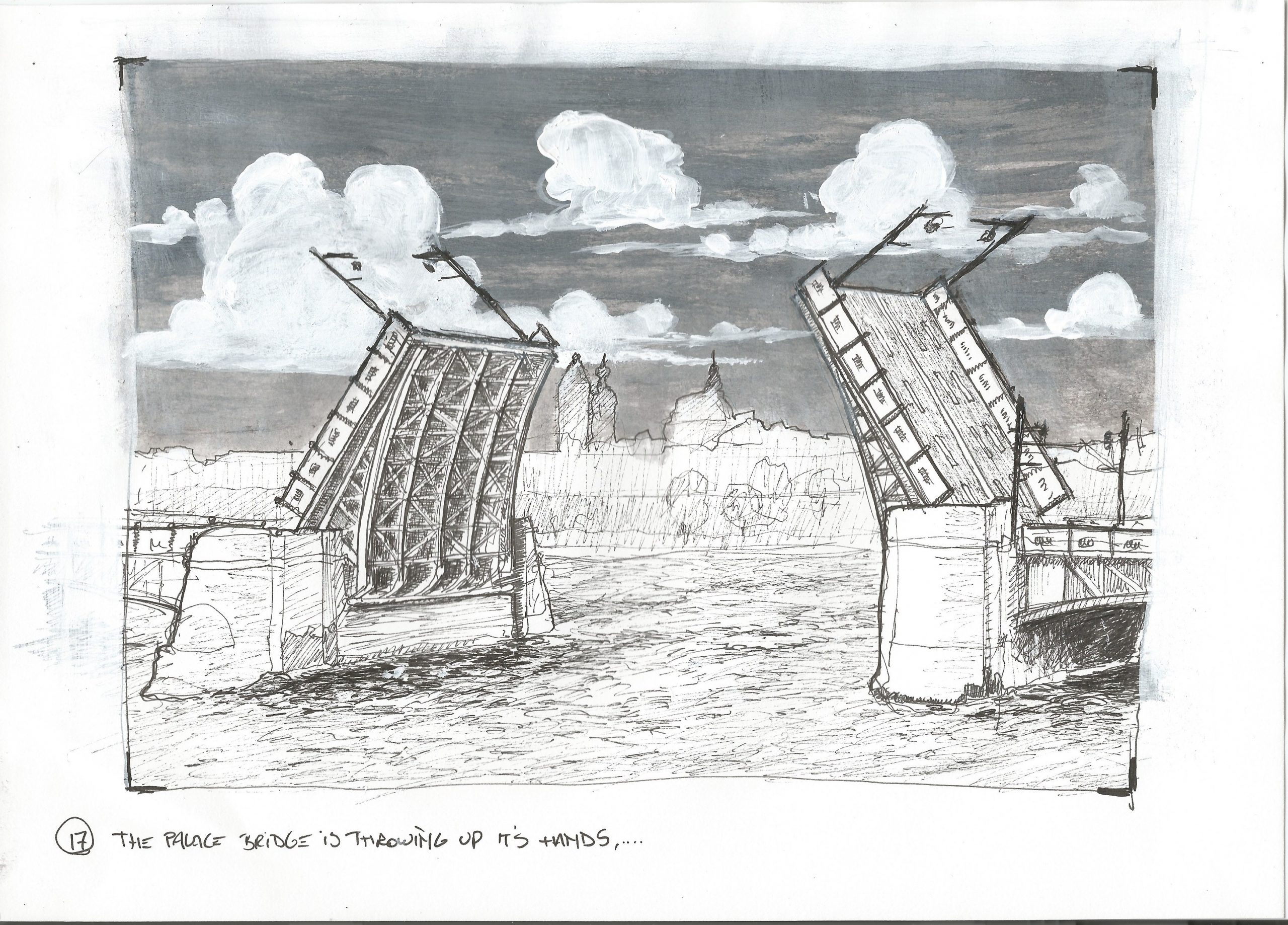 This visualisation of the poem is our current work-in-progress. I am committed to providing regular updates (July-Dec 2020) on the development of the experiment to keep the creative process on track.
_______

What’s  surprising is the fact that the greatest creators of XX century music from Shostakovich and Prokofiev to Hindemith, Stravinsky and Schnittke, despite all their innovations in their musical language, retained, nevertheless, a sonata form, which has not still exhausted itself [Казиник M, Тайны гениев 2019, АСТ, ISBN 978-5-17-109042-5].

The study of the poem “On How The Palace Bridge Opens up its Hands…” will allow us to see the presence of a sonata allegro form in the structure of this short piece as well as the principles of counterpoint construction of the poem and the polyphonic thinking.

The work includes the following layers:

We use the classical animation technique in which each shot is drawn by hand.

1. The poem is written.
2. The poem is voiced-over and sounded.
3. The literary source material is converted into an animation film script, from which the storyboard is derived.
4. The storyboard has an appearance somewhat similar to a comic book, and it shows the sequence of shots as consecutive sketches that also indicate  camera movements, angles, and framing.
5. The model sheets are prepared for all important characters and props in the film; these are used to help standardise appearance, poses, and gestures. These model sheets show how the characters and object look from a variety of angles with a variety of poses and expressions so that the artist working on the project can deliver consistent work.
6. The final drawings are produced at 16:9 aspect ratio. Once the drawings are ready, the filming starts.
7. The film is made in a 2D format.