A conversation with symphonism through a poetry performance “So, What Is Your Question”

(work-in-progress in collaboration with Sara Maino)

I try to analyse the way symphonism is applied as a creative method of composition in a certain lyric poetry piece and the theatric performance of it.

This includes both: (1) the ideological side (content) and (2) the special formation of the internal organization of the artistic work (form).

I attempt to prove the hypothesis that in the named composition – ‘So, What is Your Question’ – the structure of a symphonic cycle and the music qualities are reproduced distinctively enough. The given statement is proved to be true both by the judgements of the authors of the performance and by detailed comparison of various parts of «So, What Is Your Question» with the structure of a classic 3-movement symphony.

In the first part, we will analyse the realisation of the method of symphonism that occurs through symphonic dramaturgy, the main feature of which is such logic, in which each successive phase-contrast or repetition follows from the previous one but at a new level, carrying out the development ‘according to spirals’. Briefly, this can be denoted as: thesis – antithesis – synthesis.

In the second part, we will delve into the internal symphonic compositon of the work (the composition of the first part in a sonata form: an exposition, a development, and a recapitulation) and the musical methods of repettition, contrapunct, etc.

All in all, in this reflection, we will cover all 5 features (aspects) of lyric poetry that the author is focused on in her PhD research, which are:

Intro: ‘So, What Is Your Question’

‘So, What Is Your Question’ is a 2019-formed collaboration between the two artists Sara Maino (Italy) and Marina Kazakova (Belgium). Sara Maino is multimedia artist, performer and director (theatre, video, installations, poetry and research). Marina Kazakova is a Russian-born Belgium-based poet-performer.

‘So, What Is Your Question’ is a live poetry performance in three acts, which is a a poetic reflection made visible through interactions with oneself, with the other, with the audience.

On the whole, the performance “So, What Is Your Question” is uneventful. The plot boils down to a dialogue between the two poets: Sara Maino and Marina Kazakova. The main conflict is the clash of the visible and the invisible, the inner and the outer, the internal and the external worlds.

On the stage: a square table and two chairs.

The table is in the center of the stage, the two chairs are one in front of another.

On the table: a typemachine Olivetti Lettera 32; a small speaker connected to an audio system; a pile of white paper hands cut by hand; a feather or two; Greek incense, a coal disc, a matches box, a little stone from a garden, a leaf or two; a table light.

In the first act, the two poets interact by reciting poems and doing some actions: few movements on the stage – as in the case of Marina, typing words on the machine – Sara.

In the second act: they move the chairs around the table. The audience is invited to receive the instant poetry created by Sara on the type machine: one for each person sitting in front of her. Marina observes the action.

In the third act, the two poets move the chairs around the table again. Now they interact by looking each others, one in front the other, by reciting poems and doing a unique action: touching the hands.

At the end of the performance, they leave the stage by turning on the sound installation on the table: the type machine is speaking poetic words in Italian, English and Russian, as an echo of what has already happened.

The plot of “So, What Is Your Question” boils down to a monologue seen through a dialogue between two poets: Sara Maino and Marina Kazakova. The main conflict is the clash of the visible and the invisible, the inner and the outer, the internal and the external worlds.

Other Experiments on Stage

Poem’s rhythm, rhyme and sound of words expressed through the voice and the body of a performer

In the past months my main task was to start analysing the repertoire of my bodily gestures (e.g. floating “Tchaikovsky’s swans” arms, flying piano hands, tapping the air) to help energise and characterise rhythmic expression of the poems.

Historically, performances are treated as the realisation of an abstract idea formed in the mind of the performer before and during the performance. In this view, the performer’s body is an instrument for realising this abstract concept and presenting it to the public. I’d like to explore the alternative view, in which the idea of a poem and its expression are developed through embodied cognition in the act of performance. To be more specific, I’d like to address some ways in which physical gestures cause, rather than result from, the rhythms that contribute to expressive performance of a poem. In a word, I’d like to argue the idea that the body can be also the source, not just an instrument, of rhythmic activity. 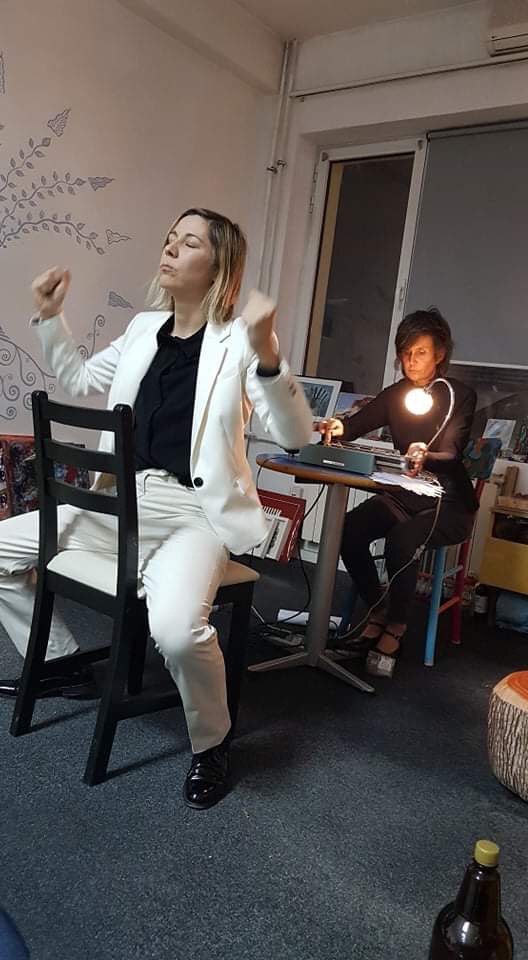 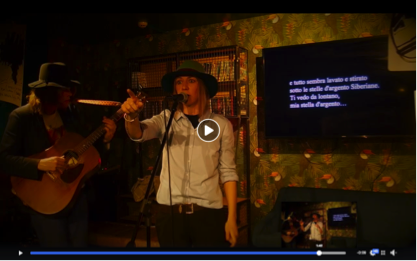 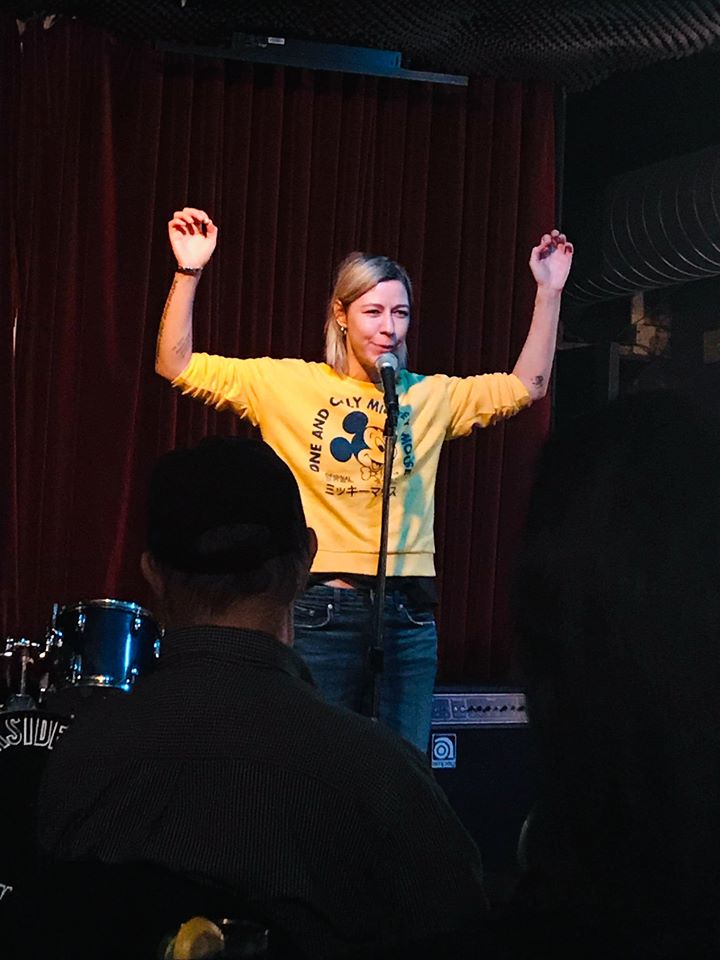 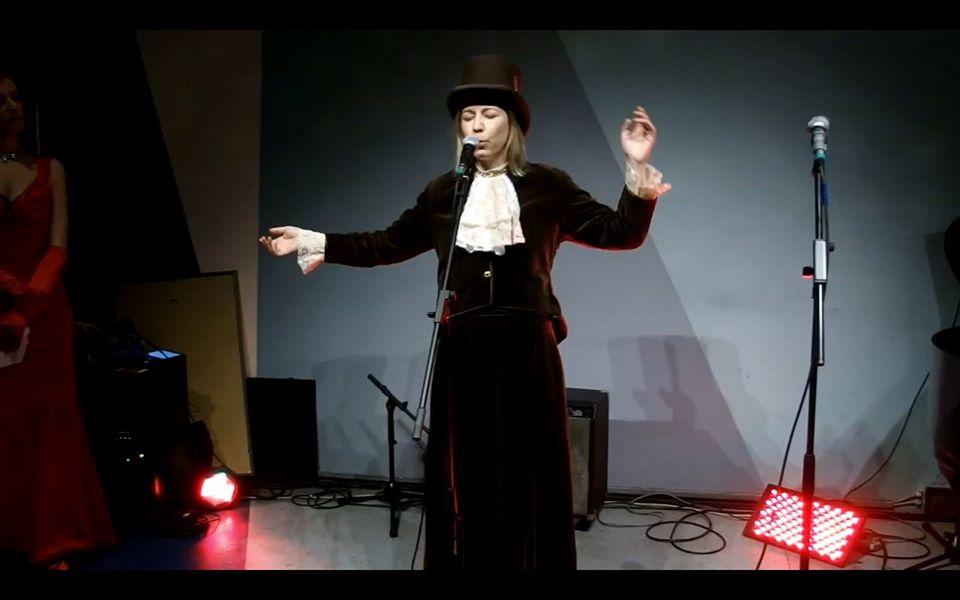 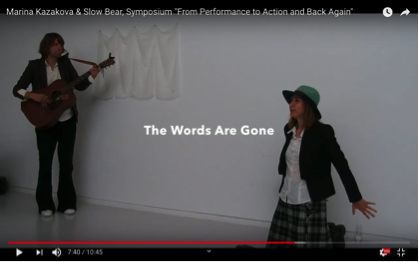 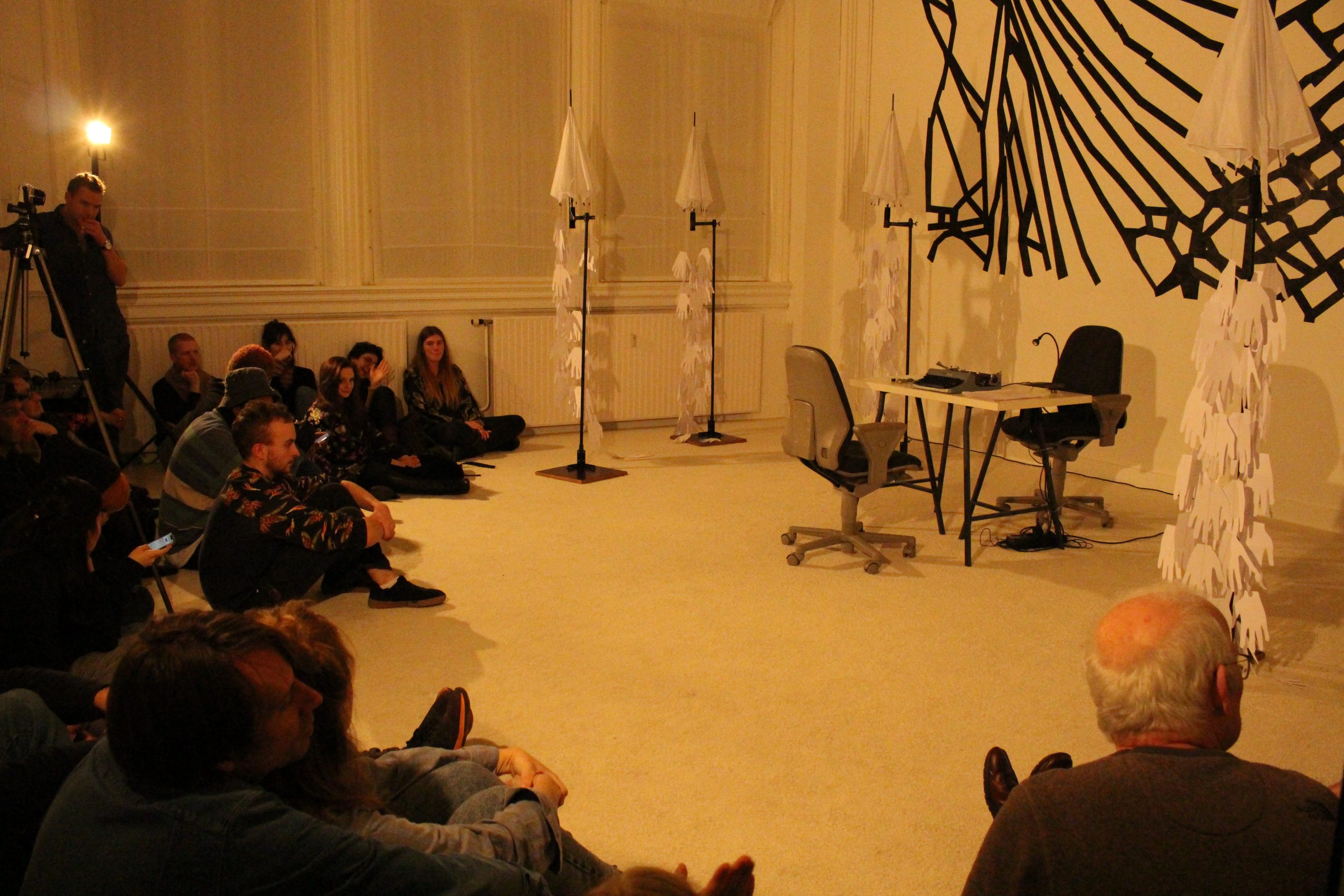 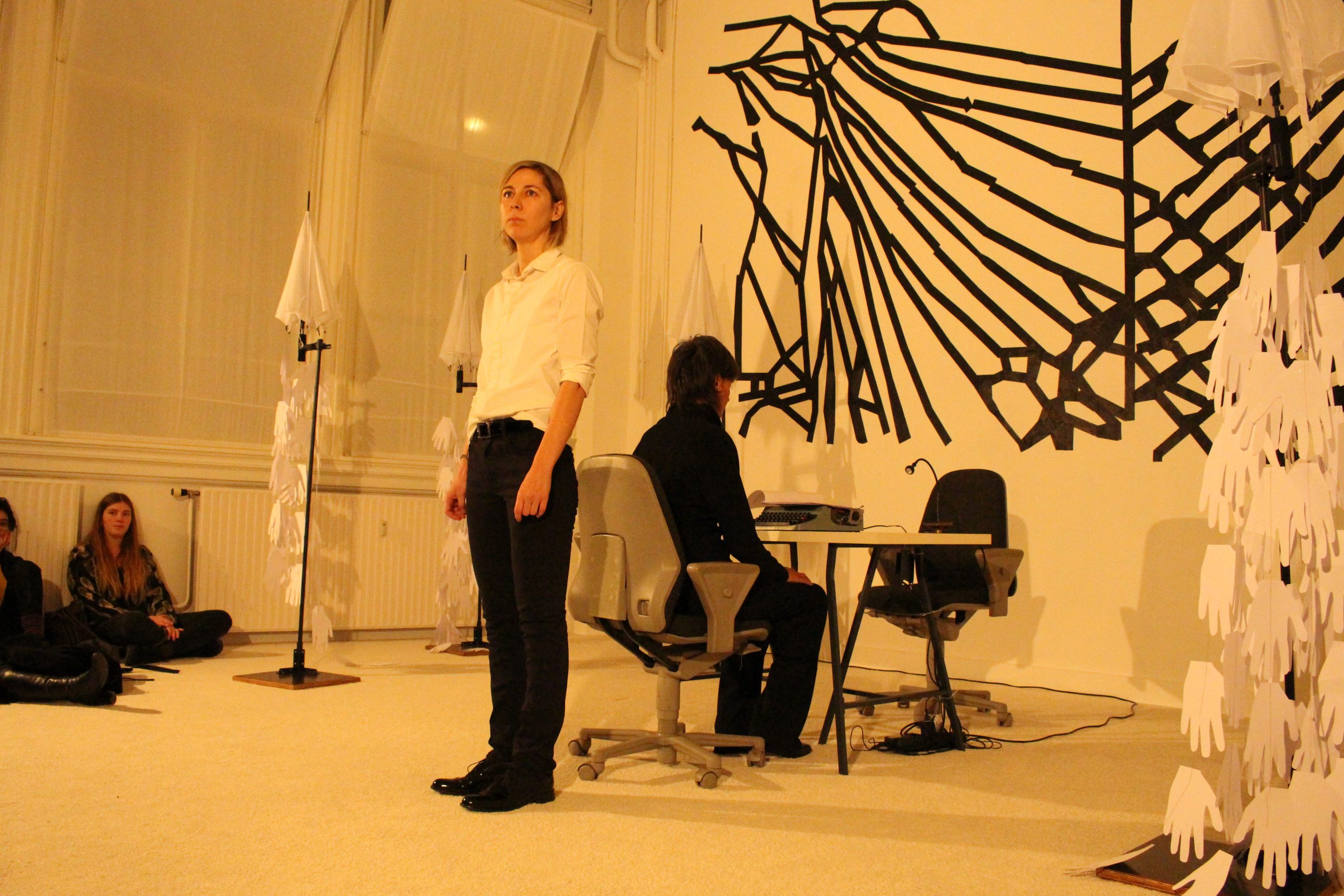 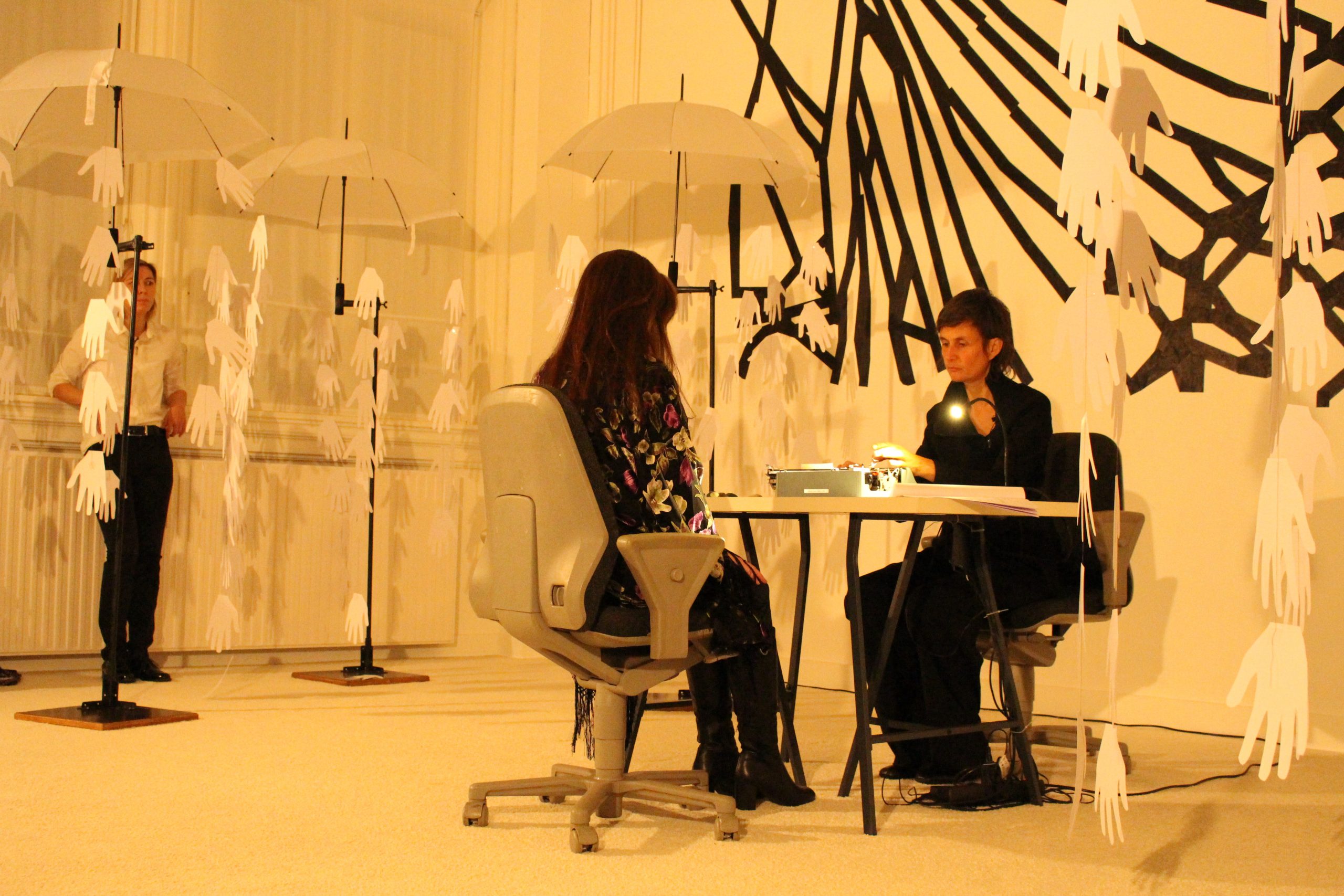 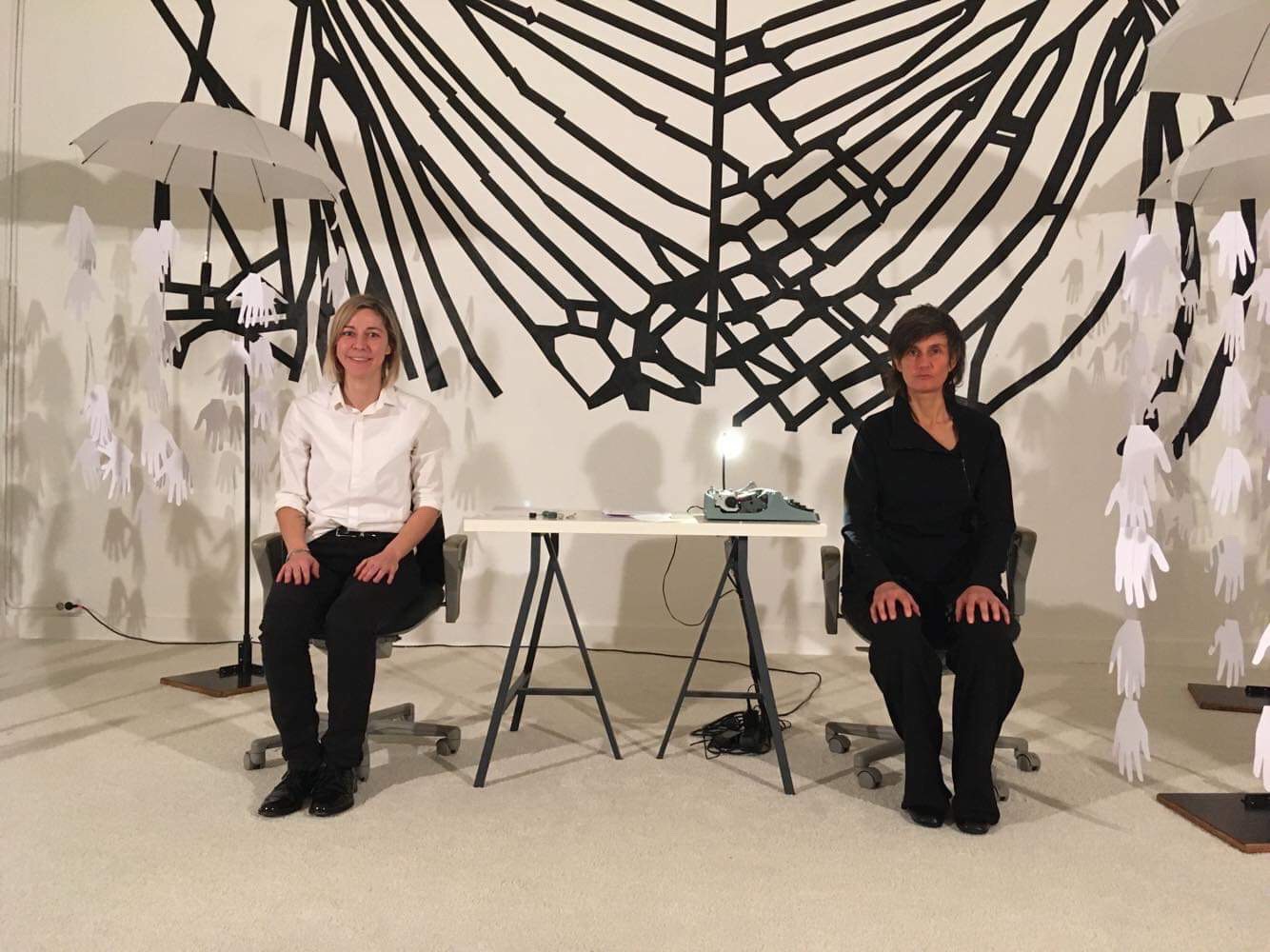