On this page I will look at PR and Communications from three perspectives, which chart my own journey within this area of work:

1. PR for NGOs,
2. PR for rights advancement and campaigning,
3. Arts in PR for voice and empowerment.

Whilst working as Comms Officer at ‘Victim Support Europe‘, I’m lucky to evolve alongside committed and engaged fellows who constantly debate victims’ rights issues both in and outside our office. Sharing the experience I’ve been accumulating is something I am fond of doing, so I set myself a challenge: turning my professional findings about PR and Communications into brief essays and presentations.

On a professional level, having freedom to experiment with PR/comms tools helps me reflect on the essence of my activities and then to explain my takeaways in words that can be understood outside the victims’ rights and communications fields.

I constantly hear the stories of victims of crimes (be it a victim of domestic violence or a hate crime survivor), while at the same time listening to the experts in the field  (leading EU civil society organisations and public sector institutions) – that’s what empowers me as a campaigner.

I hope that my thoughts will help other comms specialists to translate their subject matters in an engaging, lyrical and inspiring way.
____________ 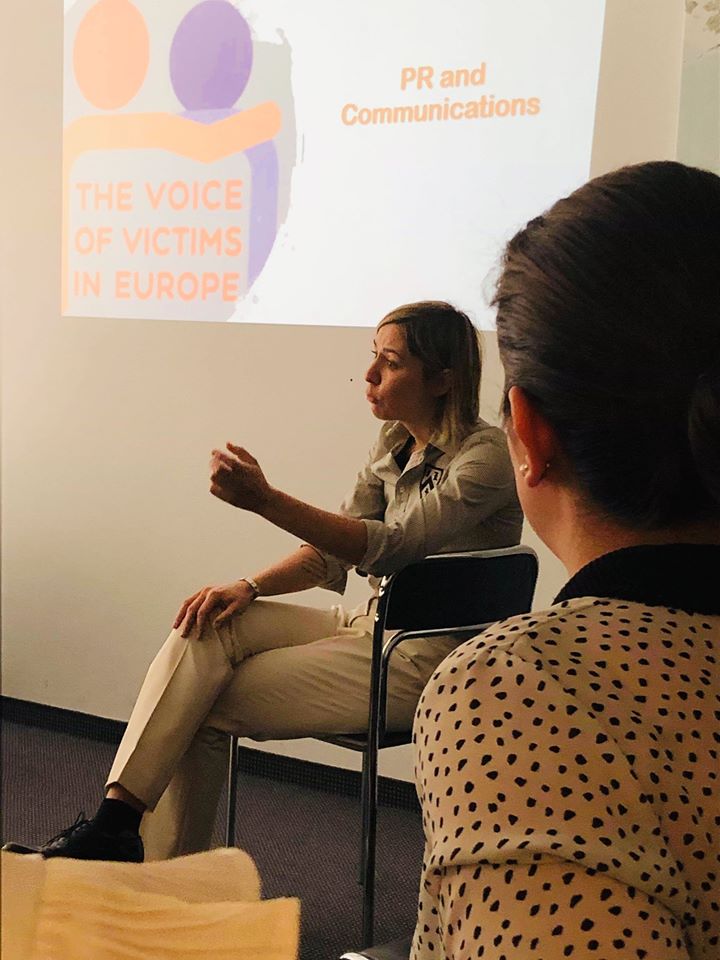 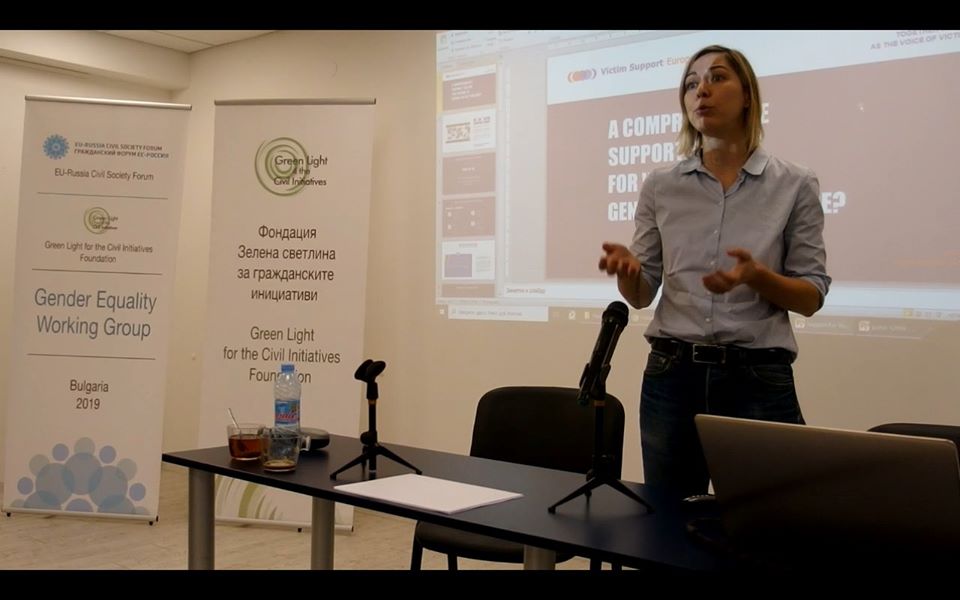 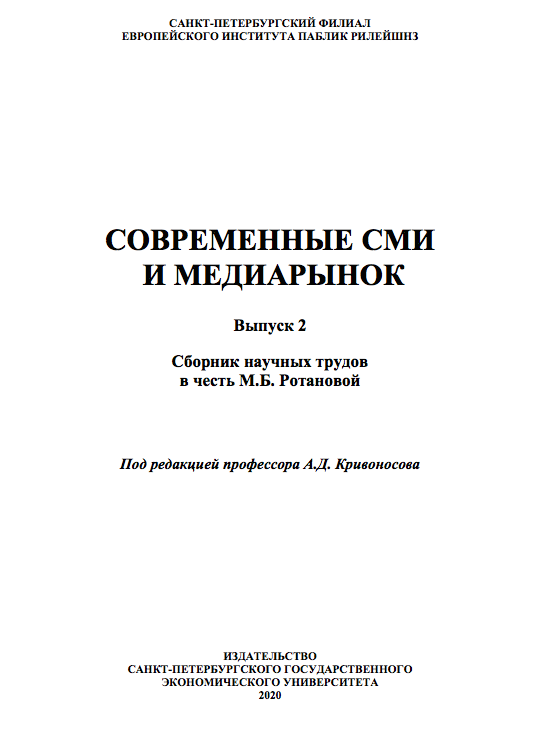 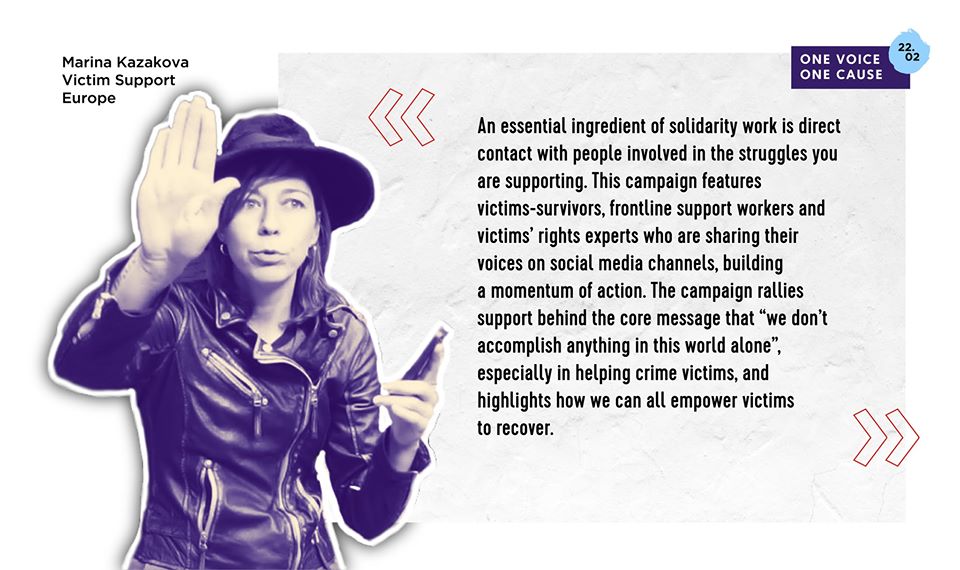 Poetry as an alternative narrative measure against (online) hate speech

Thoughts on the matter:

We live in a time when language, as such, has become a suspect; it is often intentionally misused to serve those in power. There is a growing gap between what is said and what is meant. This language abuse has presented significant challenges for anyone working for civil rights and for social change.

Fake news and lying got so profound, that often it seems as though saying anything that can be heard by “the other side” is doomed to failure even before one begins.

What happens in almost any present-day political or social debate? The words spoken end up in the no-man’s land. A speech act with no listener fails as a speech act and becomes nothing.

And so I come to poetry — which is, of course, ironic, as poetry is so often thought irrelevant. However, the marginality of poetry has a certain advantage — the advantage of the outcast: the resistance of the listener is less pronounced; the listener hasn’t already decided not to hear. Poetry has also other advantages, the inner characteristics that mark it helpful for activism and awareness raising – its drive toward utter precision of image and thought; its appeal to the senses.

Many poets-activists see the power and potential of poetry as an alternative narrative against hate in the ways a poem may touch our emotionally numbed selves and thus inspirit, inspire, and even transform one’s self.

All these attributes together place the poet in a unique position for speaking out against the wrongs of the day. The wonders of imagination can create situations when the poet may offer us alternative versions of our troubled world. 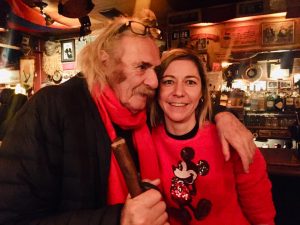 Jack Hirschman, one of the greatest American poets and a passionate social justice activist, once said: “Philosophically, I am an internationalist who knows that neither homelessness and poverty globally and specifically here in San Francisco, which the Mayor is much concerned with, as well as war and street violence, will ever end until and unless the wealth of this world is re-distributed and/or appropriated for the benefit of all, according to our needs as human beings. All of my poetry and intellectual expression is in one way or another directed to that end. And since I believe that all human beings are poets in fact, and that the writing of a poem is the most powerful action given to humankind (because unbuyable and unsellable in essence, and because a child of 5 years and a man or woman of seventy years, in the act of writing a poem, evoke the equality that is love at the heart of the world), I write to unfold the future of that equality with all my brother and sister human beings.”

Poetry is multidimensional and bottomless, and it can sound the call for virtually any topic.

➡️ See the videos of the poets participating in Victim Support Europe’s awareness-raising campaign ‘Crime is Crime. Even Online’.

➡️ Learn more about KnowHate campaign conducted by the community of poets from around the EU.

📌 More to be published soon: 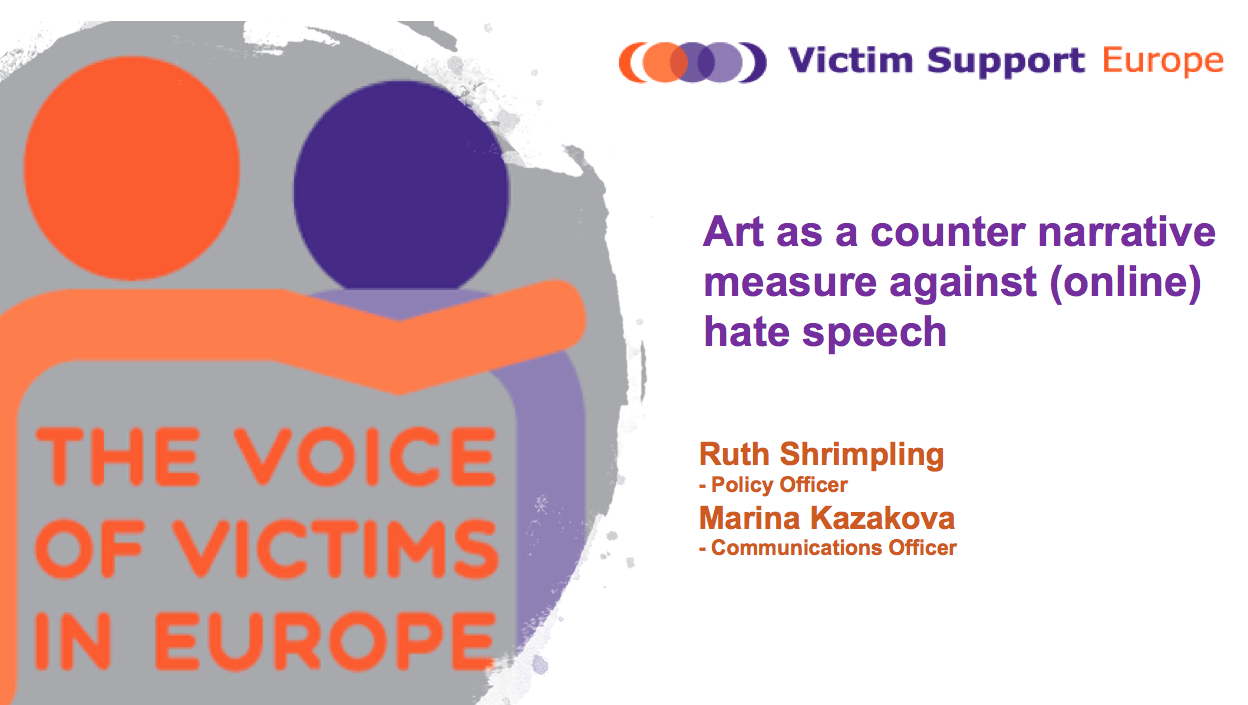 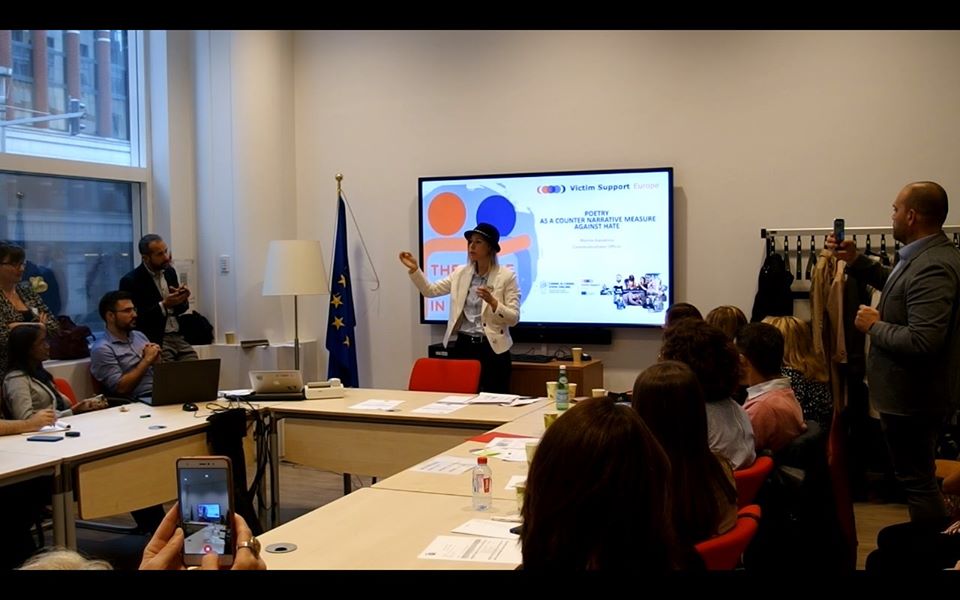 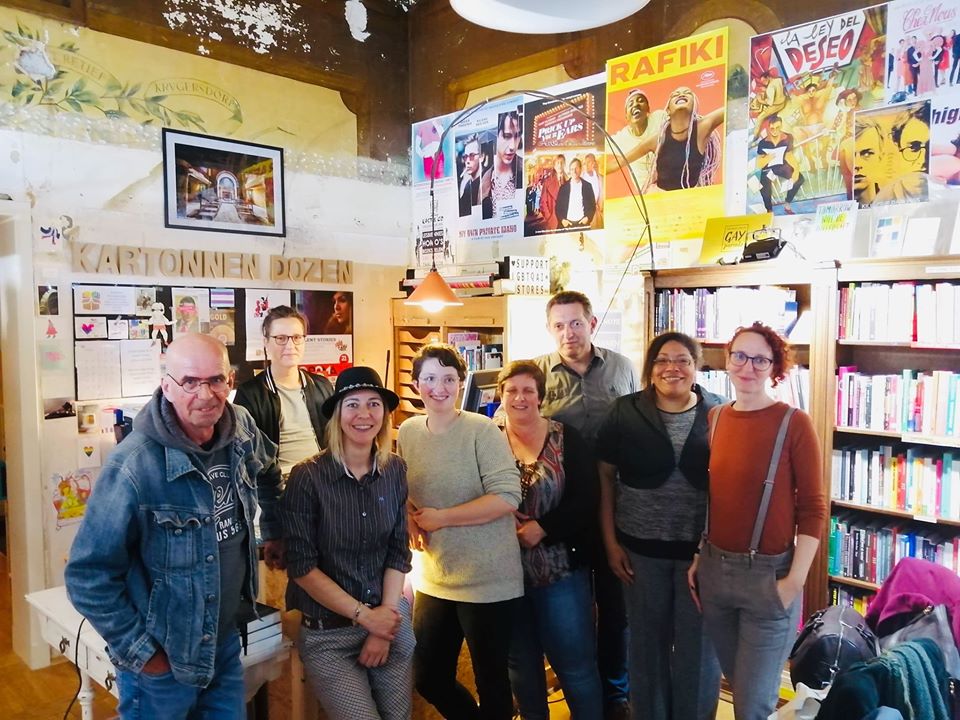 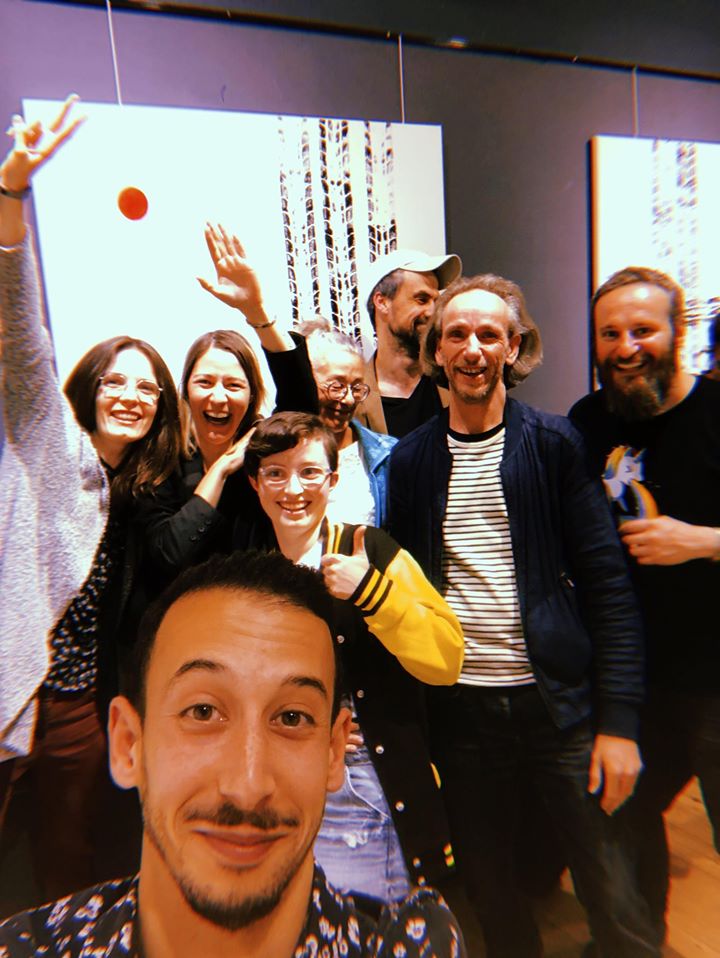 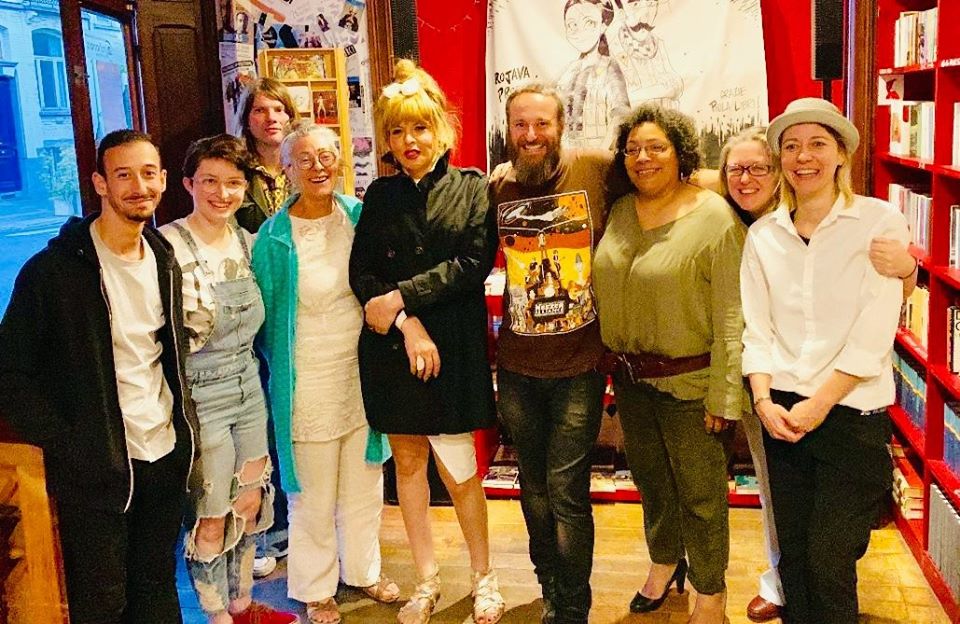