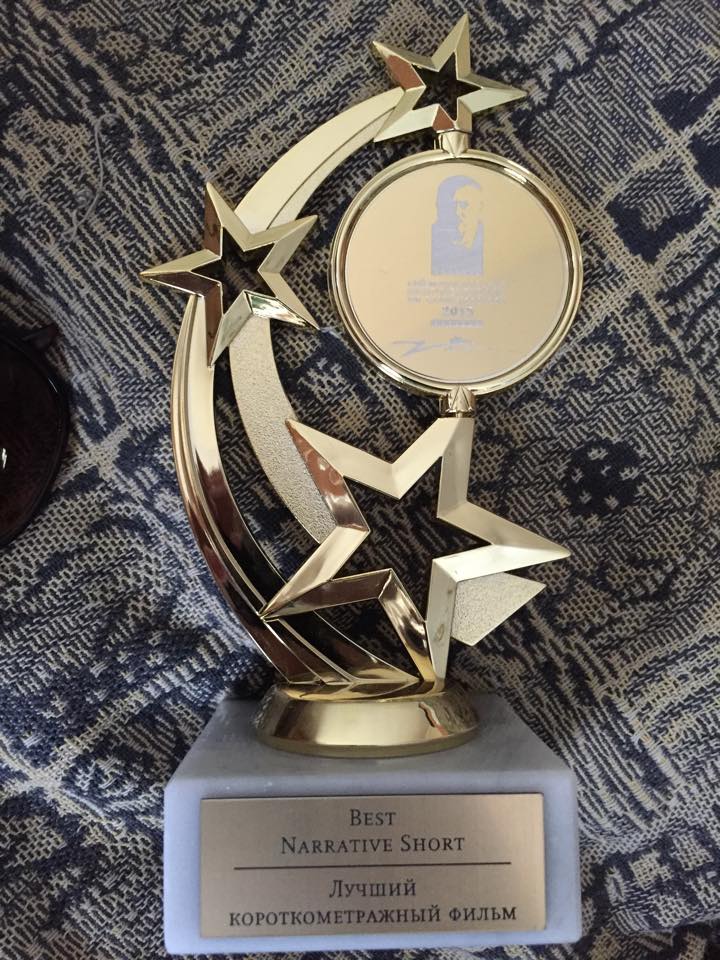 The name (‘To My Two Fs: France and Francoise’) and the content of the film appeal to the novel by a French writer Francoise Sagan “La Chamade” in which love, passion, habit, a feeling of possessiveness, tenderness are tied in a tight knot of a love triangle.

The film takes place within one human memory. For already many years the protagonist have been living in his memories of failed love, he is rewinding his past, trying to forget and forgive.

Love in the film is represented by a director as a separate state of being, a stage of self-destruction, at the same time love is the whole universe within the protagonist, a breath of eternity.

Marina Kazakova (director) and Anuschka Theunissen (Director of Photography) had been working on the film since 2013, choosing the sceneries in Belgium and Russia, visualizing their ideas with the help of the actors from Venezuella (Bernardo Risquez), Armenia (Aram Karakhanyan), Russia (Ulya Usipova) and Ukraine (Alena Freiberchuk).

On the 27th of September 2015 the film became the winner of the 1st International Film Festival behalf Savva Morozov in Moscow and got the ‘BEST NARRATIVE SHORT’ award.

The screening of the film (with English subtitles) will be organised in the middle of November at ‘Chateau de l’Enclos’ in Geer, Belgium. All the details will be published on www.seanema.eu