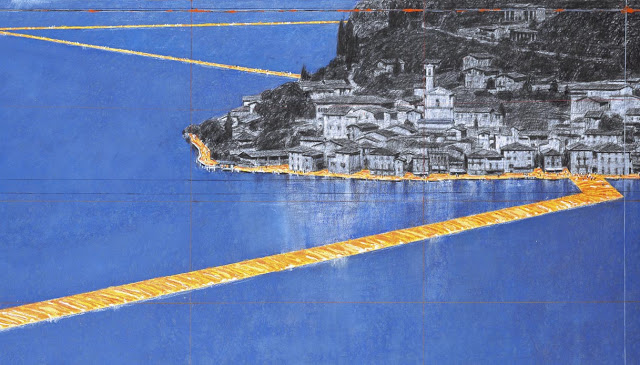 The architect of post-symphonic miracles

***
The architect of post-symphonic miracles,
the virtuoso weaver
who forced the bronze and marble
tremble in the wind –
Reichstag, da Vinci’s monument, Pont Neuf…
transmute into the giant birds,
with fiber wings: gold, silver, poliotylene.
Before us is the tree, the building or the bridge,
but, de facto, the silence – syblime…shhhhh…
Like rocks above the sea
the spatial sketches of Christo and Jean Claude
hang above my thought.
Laid out on the water
or swinging as a valley curtain
between the mountains,
the fabrics did retain the warmth
of human hands.
He said “No heels! Let’s barefeet!
Let’s walk to feel the surface of the lake. Let’s feel!”
The immo in his hands was just a snowflake,
causing the earthlings to fly over
the cities and oceans,
over America’s farmland or above the rice fields in Japan
dotted with giant umbrellas –
small objects grew in size, became the Universe,
the heavy monuments, vice versa, shrank to art toys,
not for sale,
the toys that can’t be bought, possessed or hugged
longer than a few days.
Only the landscape, against the background of which
the artwork was located,
echoed the backdrop of “Giaconda”,
and between the hills – yes, yes,
the Michelangelo’s piece
flashed
as a post-symphony. 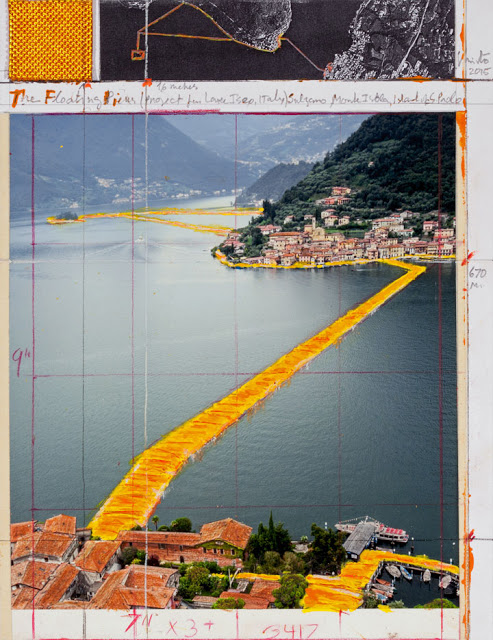