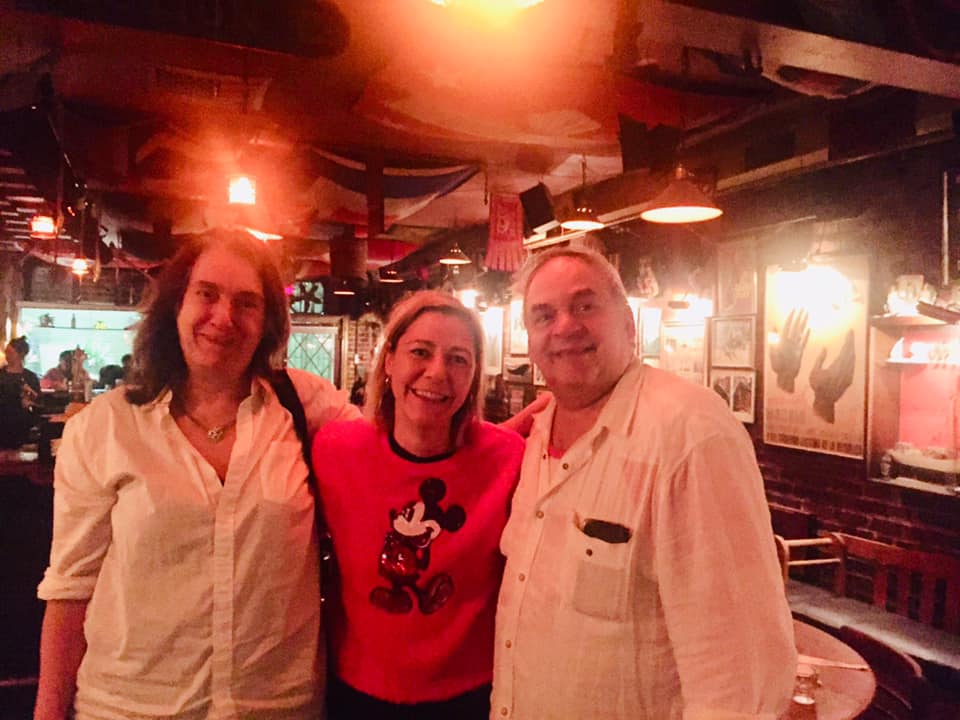 It was Brussels Poetry Festival 2017. I entered the legendary Belgian Cafe “La Fleur en Papier Doré”, the HQ of the Belgian surrealist movement in the 1920s, where Magritte, Paul Rouge and Marcel Lecomte were habitués. Now, 100 years later, somebody was rocking the room with contagious laughter mixed with “r” words in American accent. There they were: Kat Georges and Peter Carlaftes – the couple who runs “Three Rooms Press”, a New York-based independent publisher inspired by dada, punk, and passion. 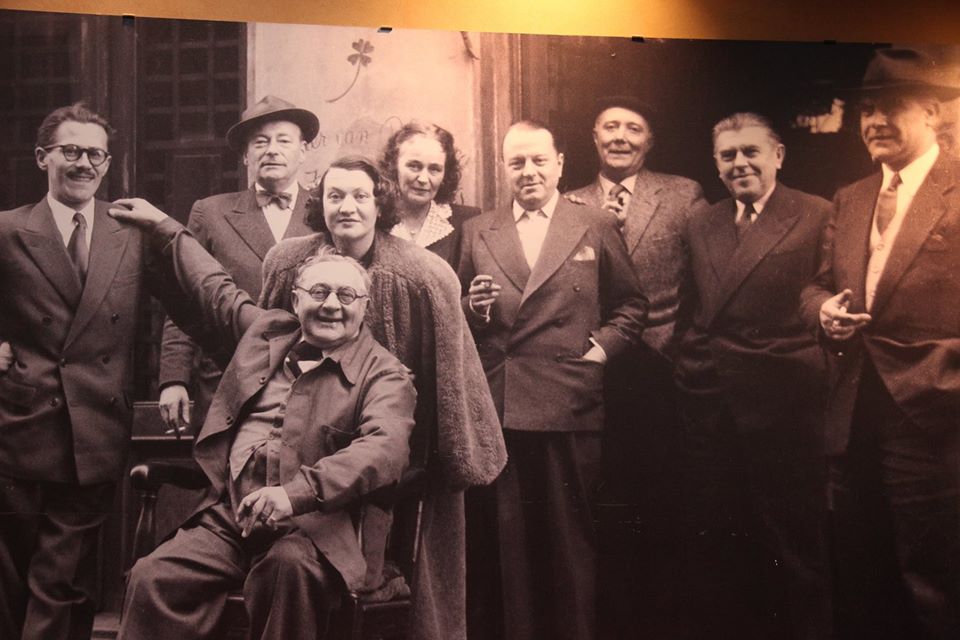 The couple began the publishing house in 1993, when they started stapling chapbooks together with their and other people’s poetry. Since then, they work directly with many of US’s most renowned poets, including Jack Hirschman, Carol Dorf, Lorene Zouzounis, Robert Duncan – to name a few. ‘Three Rooms Press’ authors include: William S. Burroughs, Robert Silverberg, Johanna Drucker, Julia Watts, William Least Heat-Moon and Meagan Brothers, among others.

Both, Peter and Kat, aren’t only editors, but primarily writers and performers. Peter, born and raised in the Bronx, the author of 12 plays, including a noir treatment of Knut Hamsun’s Hunger. In addition to writing poetry, Kat, a San Francisco-born NYC-based poet, has directed numerous Off-Broadway plays and curated hundreds of poetry readings all over the world.

Our relationship evolved through time since the first encounter at “La Fleur en Papier Doré”. I’ve joined their poetry shows at Magritte’s Museum the next year, then the ¡DADA! LONDON INVASION at the Horse Hospital in London, and then in 2019 my happiest moments happened in San Francisco and New York when ‘Three Rooms Press’ did me the greatest honour I could imagine: flying to the US to perform poetry.

The poets manage a journal of contemporary dada writing and art called “Maintenant”, which has been featured and sold in museums such as MoMA in New York City and the BelVUE Museum in Brussels.

While the giant publishing houses invest huge sums into ‘celebrity diaries’, the commitment and passion of the smaller independent firms leave, sometimes, a larger footprints in the long term. ‘Three Rooms Press’ is not only a publishing house, it is a community of people united by common ideas, literary and aesthetic preferences. 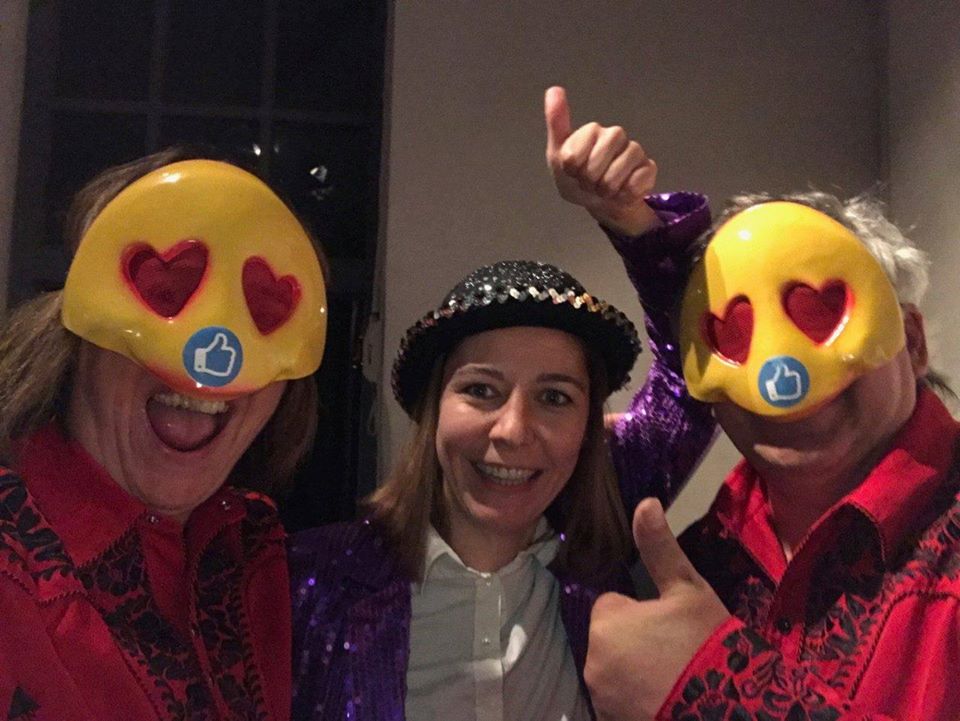 “Maintenant” draws inspiration from the ideas of Dada movement that arose as a reaction to World War I and the nationalism. In addition to being anti-war, dada was also anti-bourgeois and had political affinities with the radical left. In the present-day context, the edition’s orientation extends toward’s global history and culture, the attention to the public purpose of the artist, and the perception of art as a ‘driving force for social/environmental change’.

The 3 decades of interaction and confrontation of Three Rooms Press’s poets and visual artists from around the world reveals the powerful potential of this unique community, who has been creating a rich and diverse art world during those years, the fruit of which determine the possibilities for future poetic adventures and development. 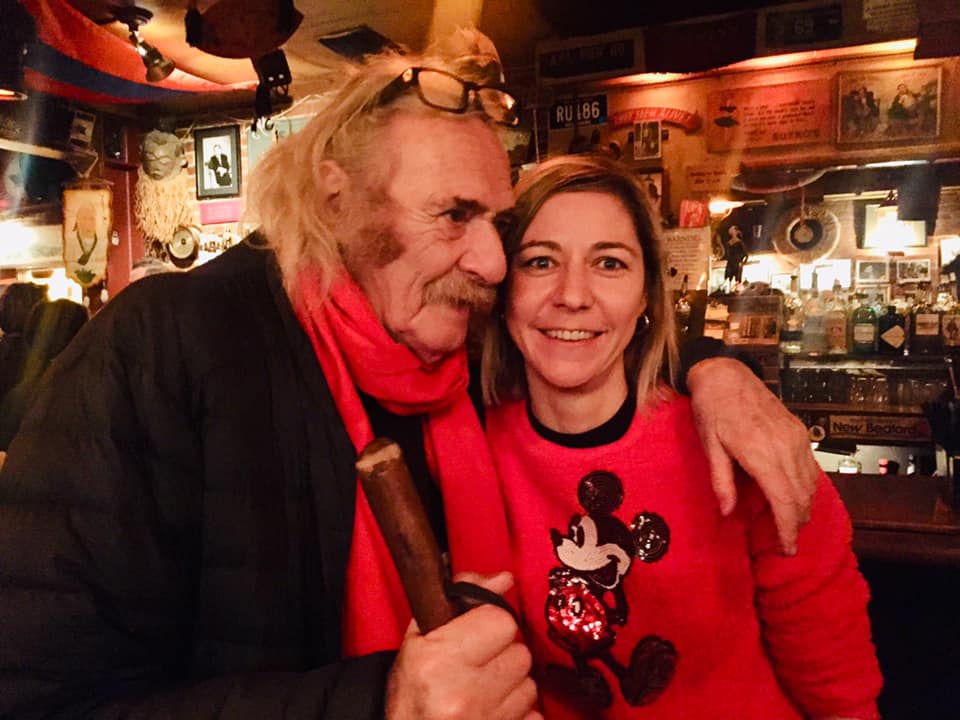 In anticipation of Maintenant 14! This year’s edition is called UN-SUSTAIN-A-BULL-SHIT – reflections on the world which is hurtling in a direction that simply isn’t sustainable. The cover art pieces are all by Walter Robinson in a collage called “THESE ARE OUR CHILDREN” because regardless if our real children will carry on or not in this self-forsaken skin, these products will remain our progeny. 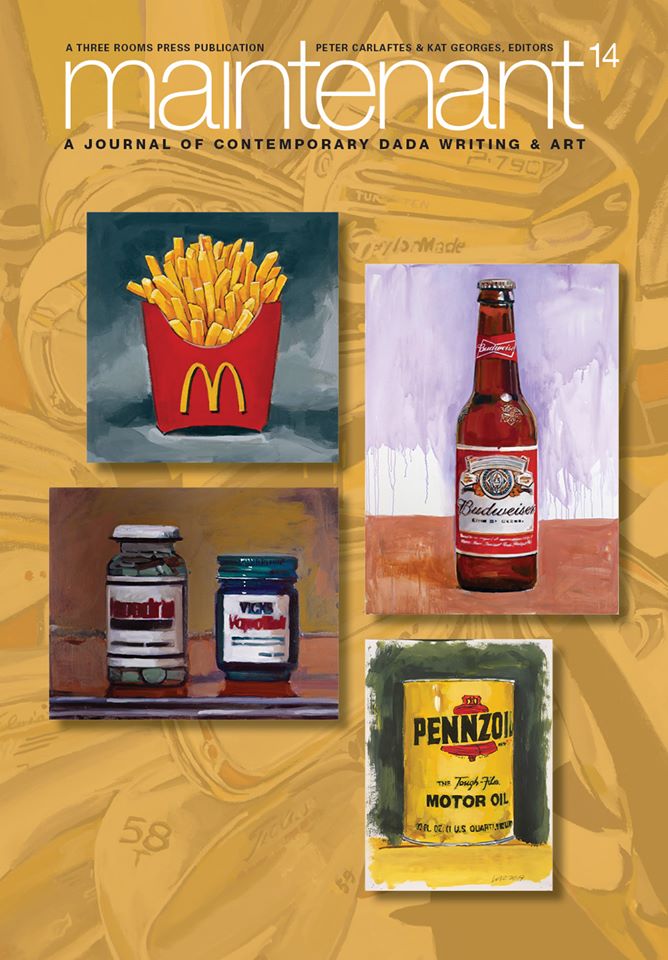 What makes us even more delighted is the news that the works of my two friends and mine are accepted for this year’s publication.
Bart Dewolf has put on paper an outstanding drawing entitled “Biodog”.
Sara Maino and I wrote a joint poetry piece called “The earliest time that garbage appeared on Earth is with the birth of a printing press”. 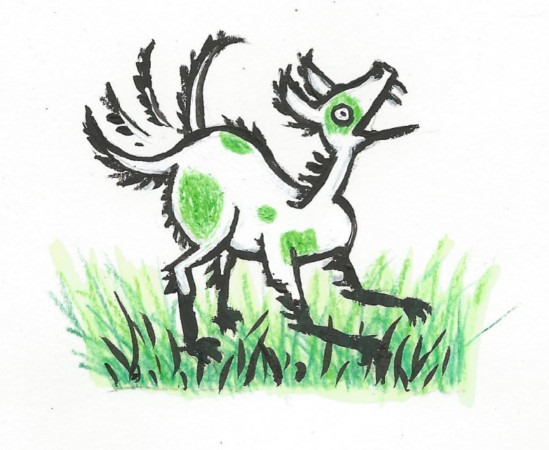 A draft of the ‘Biodog’ by Bart Dewolf