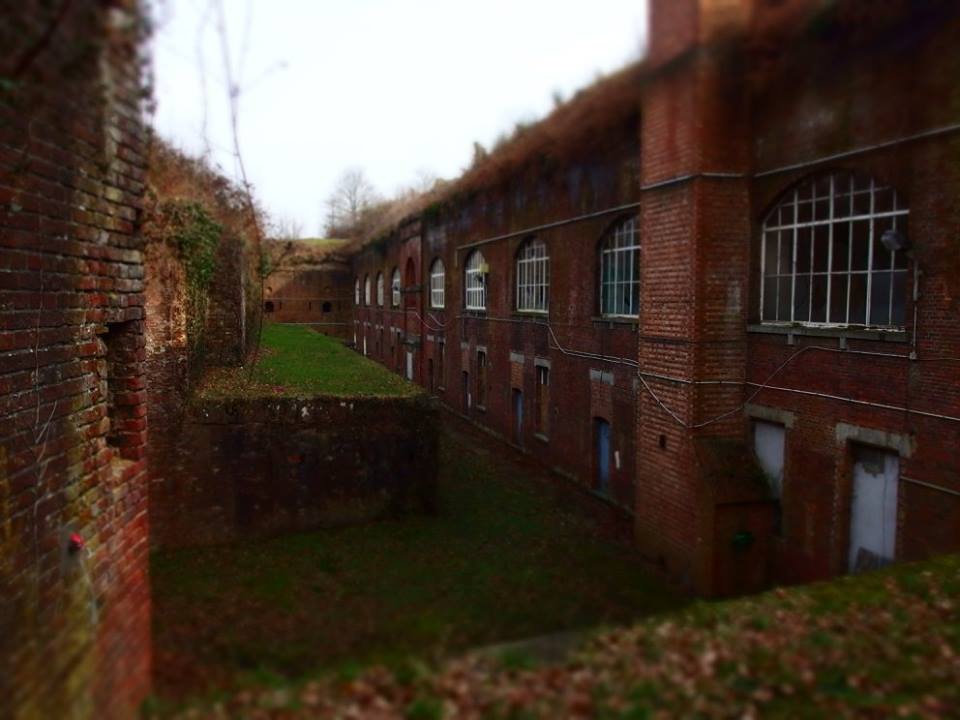 Chasing Shadows Of The Old Citadel Of Diest

The unrepeatable smell of thousands of old red bricks is the first thing to hit visitors as they walk into the gates of the old Citadel of Diest. The fragrance of rust. A scent of history. Among the dim corridors of the old citadel, other sensory details emerge – and it is easy to imagine the dancing, circling shadows of thousands of people who inhabited the citadel almost 200 years ago.

The Citadel of Diest as a Strategic Defense Post

The site’s geography made it a prime location for the citadel. Its history as a strategic defense post dates back to the birth of the nation. Belgium was ‘born’ in 1830 but was not yet recognized (no peace treaty signed) by the Netherlands. Moreover, in 1831, King Willem tried to invade Belgium again, and this was when the idea came to build new fortifications in the area between Schelde and Maas to defend the new state from attacks by its enemies, particularly the Netherlands. The town of Diest was chosen due to its strategic location: all roads from the north that led to the center of Belgium passed through Diest.

The first fortification structures were built by the state in the early 1830s. The defenses consisted of three main parts: the wall belt, Fort Leopold Diest and the Citadel of Diest.

The master plan included a fortress around the town, made of double, earthen walls with moats, closed on the west by a citadel, built in the shape of a pentagon. 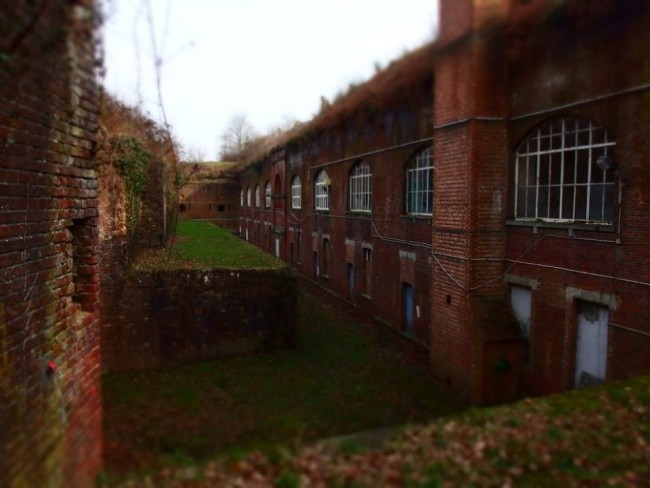 The Citadel of Diest | Courtesy of Marina Kazakova

The Citadel was a bombproof shelter that was an independent part, and its main objective was to provide the final resistance after the fall of the fortress. In peacetime, it was used as a barracks and weapon depot.

In addition to a strategic and defensive function, the Citadel was in fact a self-contained town that could house up to 800 men. The various spaces served as waiting rooms, troop accommodations, officer’s quarters, a hospital, arsenal, powder magazine, bakery with grain storage and multiple kitchens. Under the 4th bastion, there was a deep well, which was connected to a water reservoir beneath the courtyard.

The Citadel of Diest During the Second World and After

During the Second World War, the Citadel was occupied by the Germans and then by the Allies who used it as a prison. In 1946, the Citadel was given to the disposal of the city, where it organized 63 emergency housing spaces. Three years later, the Citadel saw the start of a renovation period on August 2, 1953, and the First Parachute Battalion was stationed here and continued to host their organization on the premises until 2011. 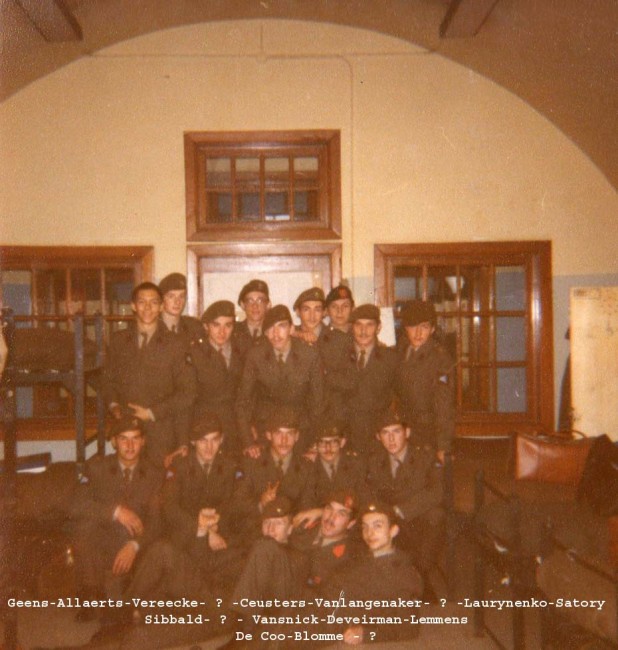 Soldiers of the Parachute Battalion at the Citadel of Diest/Courtesy of www.bloggen.be

Located on top of the bluff overlooking the roofs of Diest, the historic Citadel is now serves as an art space. It contains an exhibition space hosting the biennial contemporary art happening Citadel’Arte, an event that serves as an opportunity for visitors to look differently at and think about the past and future of this unique site. 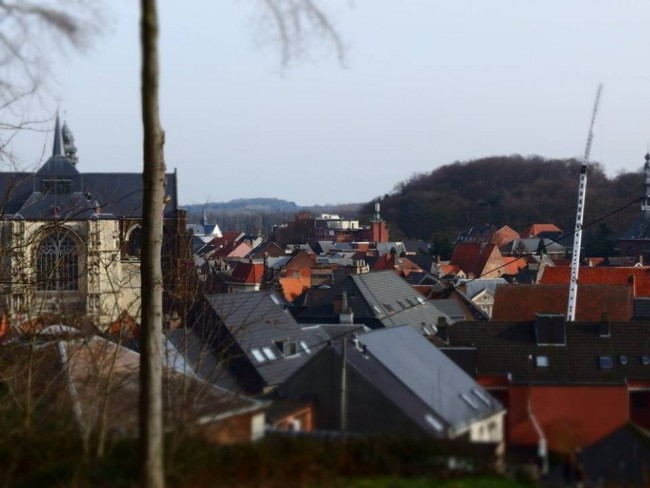 The view from the citadel/Courtesy Marina Kazakova

Layers of history peel back like an onion when visitors walk around through the Citadel. The art tour starts at the huge square ‘Parade Plein,’ which offers a stunning view of the Citadel’s pentangle.

Visitors can envisage the joyful rhythms of drums and trumpets and the goose-stepping soldiers marching through the square in a lavish military parade to mark the anniversary of one of their victories. 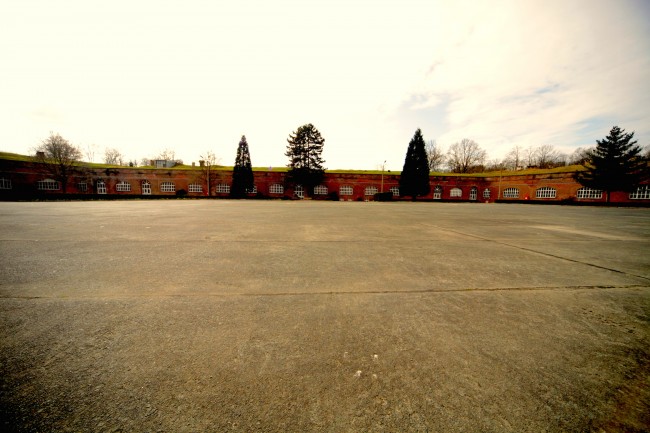 Imagination continues to play its game: the military parade is cross-dissolved in the artists’ ballet that is voiced over by thousands of birds and trees that took possession of the square and settled here forever.

At the other side of the citadel, on top of a fine cliff, grows a ‘Tree of Life,’ which guards the artists and the visitors, hypnotizing them with its mesmerizing open arms dressed in autumn leaves – a pure poetic spot undiscovered by tourists. 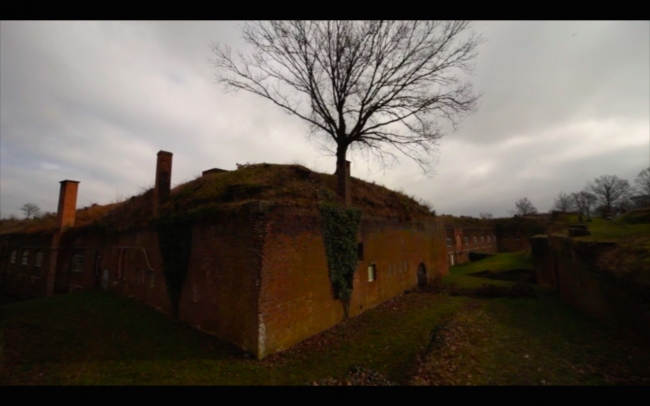 Tree of Life at the Citadel/Courtesy Marina Kazakova

Almost 7,000 visitors experienced Citadel’Arte in the autumn of 2014. This first edition was part of the Business project, a collaboration of M HKA, LOCUS, BAM and local governments where cultural practitioners and authorities joined forces to develop contemporary art policies. 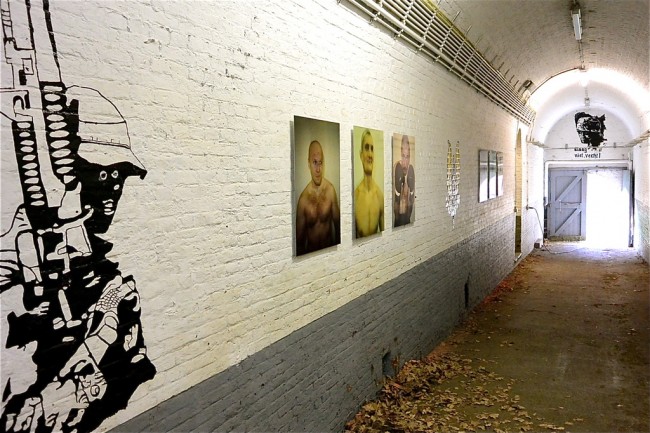 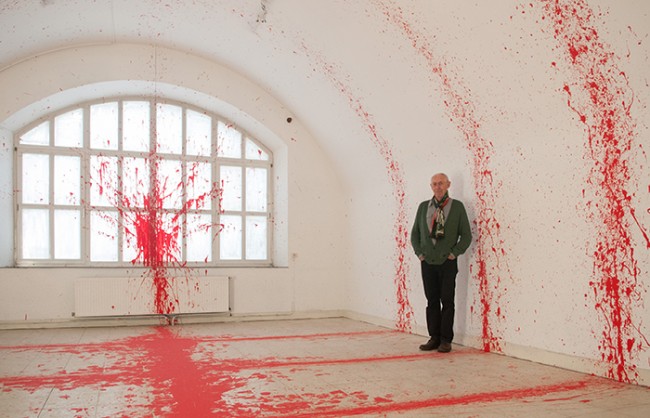 Dozens of artists are now preparing new art pieces for the second edition of the Citadel’Arte, to be held in the autumn of 2016. The artists participating will base their work to be in some way connected to the Citadel – whether it be a single detail, space, story or the bigger picture of the historic site and its future.  The art is amazing, surprising, sometimes maybe even a little disturbing, but it is certainly always a fascinating experience that helps individuals see life from another perspective.

Marina Kazakova is a transmedia researcher, poetry visualizer, and a writer. She graduated from the department of Transmedia of Sint-Lukas University Brussels with an art-based research thesis on ‘How to Visualize Poetry.’ Currently, she runs her own artistic production «Seanema».