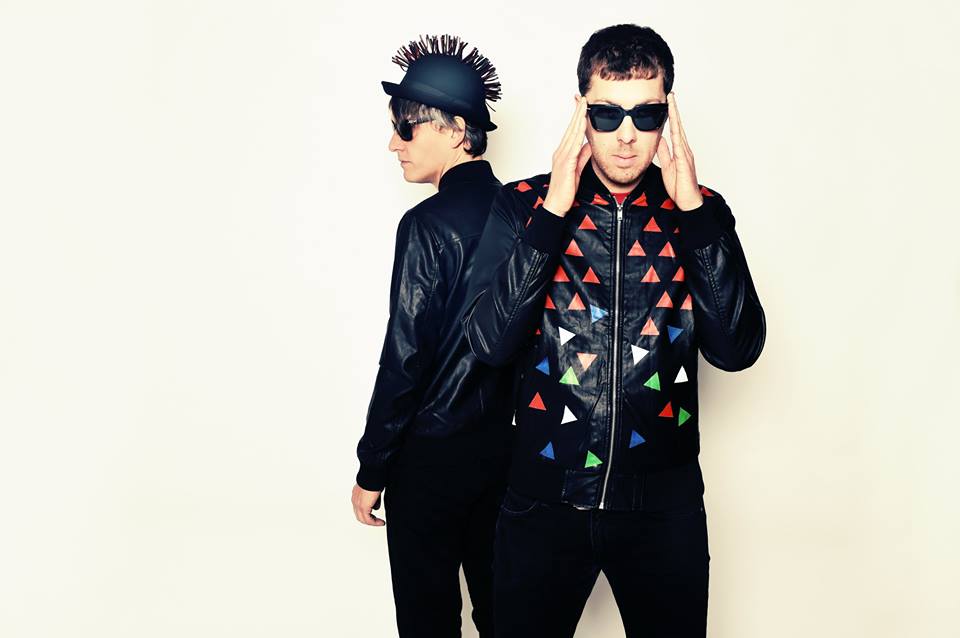 By MarinaJune 13, 2016June 16th, 2020No Comments
What manner of artist ignores the commercialism of the 2000’s and produces underground electronic music? Certainly not the milksop, nor the average, nor the society conscious, nor the unambitious.
As the Antwerp–based duo “Part Time Punks” observes a release of their new single “Go Ballistic!”, its founder Pascal Oorts may rightfully claim his place as one of the outstanding Belgian EMD artists. Oorts’s multidimensional body of work is acclaimed for its non-trivial blend of electronic music with rock attitude. Songwriting, melody and uncompromising live-energy — assertive and brilliant structures that are characteristic to the band’s productions.
Pascal’s music career has been the subject of numerous concerts and album releases as a keyboard player of the Belgian rock band “Mintzkov” since its establishment in 2000. A weird name – Mintzkov…The first question that bothers your mind when you hear the name: Where does it come from? Pascal replies laughing: ‘The name “Mintzkov” doens’t have a hidden message or meaning. I’m sorry to disappoint you. It’s just made up when we started the band. In the beginning, we used the name ‘Mintzkov Luna’ and we were joking that it was some kind of disease or ‘the moon above the city of Minsk’”.

Now, as the creator of an electro-pop duo “Part Time Punks”, he is taking on perhaps his biggest on-stage challenge yet – producing music for the open minded, aimed directly at your feet.

Pascal’s childhood was not unusual for a Belgian. He remembers spending time listening to the radio during the 80’s. ‘We didn’t have much records at home, so I grew up with popular 80’s music on the radio. I know almost every song from that era. They were focused on synths and drumcomputers, but all combined with good melodies and harmonies. I like to incorporate these elements in my own work”.

Oorts’s long-term Belgian surroundings may provide a secure backdrop for his creativity. His hometown of Broechem is situated close by Lier – a well-known nightlife dot on the map of Flanders. Lier’s legendary club ‘La Rocca’, famous throughout the region since 1988, was one of the platforms on which the Belgian underground club scene was formed. ‘Belgium is a surrealistic country. So I guess living as an artist in Belgium makes you absorb this in your work. It’s present at a subtle level in a lot of projects in Belgium, but that’s what makes them interesting. Also, the Belgians were pioneers in electronic music with New Beat. Electronic Music is in our blood.’, Pascal searches for the right words to explain the influence of location on an artist.

The deployment of computer technology on the music industry has affected almost all facets of modern music. Radical sceptics stick to the point that the computer has assumed position of the composer. At opposite ends of a room is the author of dozens of electronic music pieces Pascal Oorts. He believes that composers have led and will continue to lead the evolution of modern music with the assistance of computer technology as a tool for further musical exploration. According to the artist, the composer is not an instrument for the computer; rather the computer has become an instrument for the composer. ‘There’s still a place for creating art ‘by hand’. It would be really boring if everybody would make computer-generated art. There is still some kind of feeling/energy/art that a computer can’t replicate or make. I’ll always start a new song on a keyboard before I transfer it to the computer. The computer is a fantastic tool but I believe that the best music comes from a musician playing an instrument and using it to compose a melody and harmony. Once you get this right, you can add whatever you want just by using a computer, but it will have more depth then starting a track by twisting knobs on a computer screen. During the production process I add acoustic instruments, so there’s a balance between computer-sounds and organic sounds. I like the combination of computer/electronic sounds and my human interaction as a musician by composing on a keyboard and recording acoustic sounds”, confesses Pascal.

An unhurried look at the creative process of a musician is what always makes listeners curious. During the last decades, Pascal has written and composed volumes of tracks. Where do electronic musicians find their inspiration? What stimulates them for music production? His answer is by all means exhaustive. ‘I usually find inspiration for sounds in my music collection. There are a few bands who really inspire me: Kraftwerk and The Chemical Brothers. In general, I get a lot of inspiration from tools like 80’s drumcomputers, tape delay, cross modulation and distortion. I think a band should be a symbiosis of several mediums: music, fashion, photos and videos – all of these adds to the identity of the band. I think music should be light-weighted but serious. It should have energy, groove and a melody combined with an electronic/acoustic sound. The mixture of electronic and acoustic sounds gives me an extra dosage of incitement. For the visual side, I get inspiration from pop-art and constructivism”.

After completing the first single of his new project ‘Part Time Punks” entitled “Go Ballistic!”, Oorts has currently turned his attention to the second single which he admits ‘is a lot of fun’. ‘The music needs to be finished and I’m thinking about the visual side. I want to explore the popart influence. And the music gets spiced up with some rave-elements’, says Pascal. ‘Part Time Punks is a duo on stage. We’re also working on the live-show. We want to bring a different approach then ‘a producer looks at a laptop on stage’. We think it’s boring for the audience and there’s enough technology available to do it differently. So that’s why we’re playing live with synths, triggered drums, vocoders and effects pedals. It would give me goosebumps if we can interact with a crowd using this approach’.

Outside of arts and technology, Pascal is fond of architecture: ‘If I wasn’t a musician, I would definitely be an architect’, admits the musician. Maybe for that reason his dreams are always pure visual. ‘There’s enough sound when I’m awake, so when I am asleep I’m usually enjoying silent movies’.