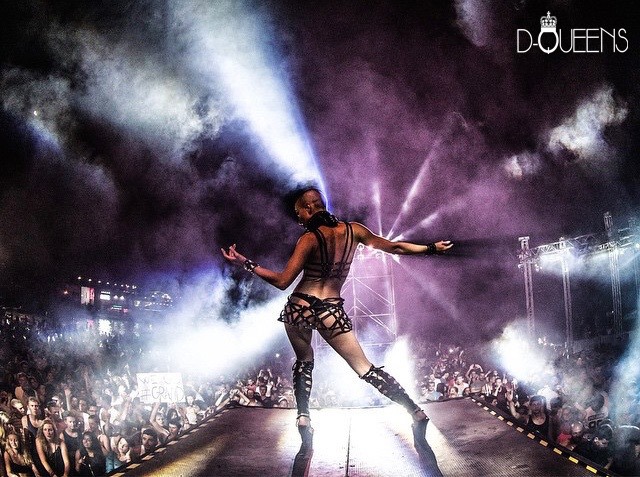 A story of a fearless Moscow-based dance trio — ‘D-Queens’ bring their special ‘Siberian solar energy’ to international electronic music happenings. Tired of routine nightclub performances, the producers of ‘D-Queens’ have created a unique, vibrant dance show that is anything but standard. 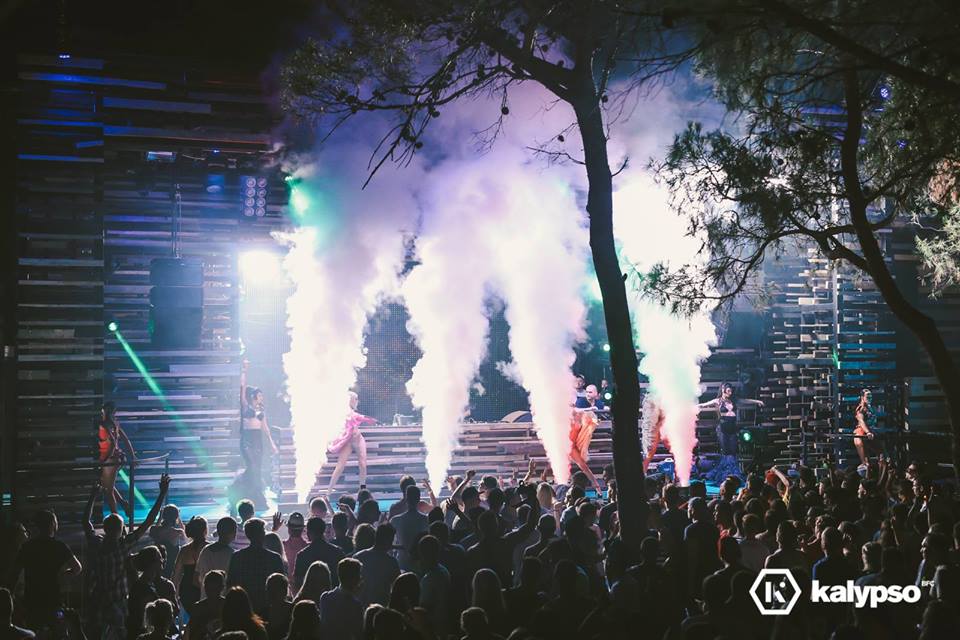 CROATIA — It’s a hot August night at ‘The GARDEN OF ART’ event at Kalypso Beach Club, Croatia (Zrce Beach in Novalja), the oldest beach club in Southeast Europe, a trendsetter for beach clubbing tradition. This summer the space is transformed into a unique magic forest fulfilled with spectacular dance/live performances accompanied by top international DJs.

Dozen of blinding firefalls light up the stage where three bald-headed enigmas appear. Surrounded by cryogenic fog, the performers grab the attention of the audience by their ‘look-at-me’ hypnotic body movements. Tonight, their characters are gothic heroines that combine threatening mystery and Romantisicm. They wear full-face medieval silver masks, black-and-white costumes with geometrical ornaments, cuirasses made of metallic fabric and Jeanne d’Arc-style garments. They are called ‘D-Queens’, a Moscow-based dance show stemmed from the passion of its producers for fantasy, science fiction and fashion.

The fearless dance trio ‘D-Queens’ has been hired as a go-go dance performance for ‘The GARDEN OF ART’ event to bring their special ‘Siberian solar’ energy to this Balkan electronic music happening. “It’s all about living on stage, something more than just dancing,” says one of the three extraterrestrial Russian muses Elvira. ‘If I’m a gothic Lady Knight, that’s my character for the upcoming 24 hours’.

‘Nowadays, dance shows have become a substantial part of the electronic music culture, despite the fact that every now and then they are treated as a ‘background material’, confesses the producer of three extravagant shaved heads ‘D-Queens’ Mario Mitkov. ‘The girls are hired to hype up a crowd at dance music festivals, parties and special events. Moreover, they engage the audience better than some of the DJs do, they visualize the music and direct the mood of the audience. They are ready to break the rules and perform something different, avoiding standard ‘4 to 6 shows, 15 minutes each – schedule’, explains Mario.

If we compare the history of house music and go-go dance, we immediately realize how unfair it is to approach go-go dance performance as a backdrop to a DJ show. The phenomenon of ‘go-go dancers’ appeared in the early 1960s in New York and LA in order to entertain the clubgoers of rock music locations, while house music, a style of electronic dance music that was developed by dance club DJs in Chicago, originated only 20 years later, in the early 1980’s. Therefore, go-go dancers truly deserve to be treated not just as a supplement to a DJ but as an equal, an important part of any serious electronic music event.

Except travelling around the world, every weekend during the autumn-winter season ‘D-Queens’ perform at the ‘Icon’ club (Moscow), which gives them a chance to regularly showcase their new props, choreographies and unique costumes. Their outfits are created by famous European costume designers known for their productions for Cafe Ole, SuperMartXé, Matinée, La Leche, etc. ‘A crucial part of each dance performance is, of course, themed haute couture wardrobe’, says Mario Mitkov. ‘The final outcome of the show depends a lot on how each costume fits the dancers, how comfortable it is and how it reflects the character. It’s very important for the girls to be confident on stage. In this case, they successfully entertain the guests all night long’.

Answering a tricky question ‘What makes a successful electronic music event?’, the producers of ‘D-Queens’ put emphasis on the fact that event promoters should be more thoughtful and selective when choosing an artistic content for their parties: a line-up of TOP or talented DJs is a keystone, but only if those impressive names are accompanied by a professional group of entertainers: dance shows, live acts, custom-oriented animation, scripted and choreographed theatrical and dance performance. ‘Technologies evolve, so should the approach to creating the party entertainment. People are bored with standard ‘warm-up – prime time – afterparty’ performance scheme of the clubs’, concludes Mitkov.

In the upcoming year, bald-headed ‘D-Queens’ plan to fire up at least one nationally recognised festival (somewhere in Europe and USA), and also to explode smaller but much more cosy electronic music events in China, Japan, the Balkans, the Canary Islands and the Caribbean.

Marina Kazakova is a transmedia researcher, poetry visualizer and a writer. She graduated from the department of Transmedia of ‘Sint Lukas University Brussels’ with an art-based research thesis on ‘How to Visualize Poetry’. Currently she runs her own artistic production «Seanema».