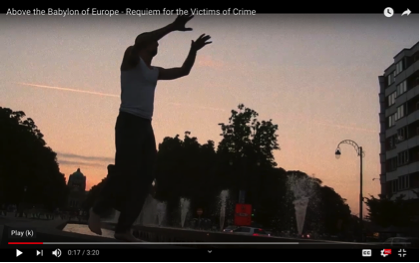 Film-Poem “Above the Babylon of Europe”: Expressing the rhythm of the poem in film

The initial artistic imperative was to try to express the rhythm of the poem in the visual imagery of the film medium: editing, acting, plot and setting.

I’m taking risk of thinking small. This year I have followed Eisentstein’s (I) and Tarkovsky’s (II) lead in examining the relationship between rhythms in poetry and in cinema in order to try to express the rhythm of my poems in film through montage and mise-en-scène.

The rhythm in poetry arises as a conflict between the metric measure employed (meter) and the distribution of accents (stressed and unstressed syllables + silences), overriding this measure.

So, what is rhythm in film according to Eisenstein and Tarkovsky (two diametrically opposite views)?

I. Eisenstein’s understanding of film rhythm is in the conflict and collision of a one shot with another and within the frame. According to Eisenstein, the essence of rhythm in the film is not only in between shots (montage), there should also be conflict within the frame (mise-en-scène) at every level which can be achieved primarily through montage and mise-en-scène.

1. conflict of graphic directions;
2. conflict of scales (large and small);
3. conflict of volumes (volumes filled with various intensities of light) and depths;
4. spatial conflict (of close and long shots);
5. conflict of tempo (activity within the frame);
6. light conflict (pieces of darkness and pieces of lightness).
7. conflict between optical and acoustical experience.

It is important to understand that those conflicts occur in film chiefly as complexes.

“The rhythm is laid primarily in the sensations of the director. The spectator either “gets” into your rhythm (your world) – and then he is your supporter, or he does not fall into it – and then the contact did not take place. This is where you get “your viewers” and “those who don’t get your films”, which seems to me not only natural, but also inevitable.”

So what is the “rhythm in cinema” according to Andrei Tarkovsky? Rhythm in cinema is the resonance of real time and the spiritual rhythm of the author. It is the time captured in the frame that dictates the director one or another principle of montage. Therefore, those frames in which time flows in fundamentally different patterns can’t be put near by each other. “For example, real time cannot be mounted with conditional, as it is impossible to connect water pipes of different diameters”. The rhythm of the film is created by connecting the shots which are characterised by the same nature of time. Rhythm is not in the length of the edited pieces, but the degree of tension of the time flowing in them.

Thus, montage, according to Tarkovsky, is an exact organic gluing of shots filled with a certain rhythm, tempo and life.

So, how does time-pressure makes itself felt in a shot in Tarkovsky’s films? The movement of time within a film is made clear by the director in the characters’ behaviour, the visual treatment (camera angles and movements, as well as elements of mise-en-scène) and the sound — but these are all accompanying features, the absence of which, theoretically, would in no way affect the existence of the film. One can easily imagine a film with no actors, music, décor, or even editing. As Andrei Tarkovsky explains, “time courses through the picture despite editing rather than because of it.” In other words, although a director’s style may be evident in their editing techniques, what truly distinguishes them as an auteur — their sense of “rhythmic timing” — exists within a film strip prior to its engagement in editing.

My experiments:
film-poem “Above the Babylon of Europe”
developed in collaboration with Jee Kast

The imagery seen by the viewers was constituted of a chain of sights of Brussels through which the protagonist, the ropewalker, is dancing (“the stone waves of Brussels”, “the choppy waters”, “sleeping bodies of homeless”, ” busy and bubbly Rue Belliard”). I tried to correlate every semantic line of a poem to a respective image, visual-by-visual building up the film-poems rhythm.

The introduction (00:00:00 – 00:00:41) is wordless (as the final part of the poem). The music has a consistent melodic line, and much of the editing in the introduction part is based on the rhythm of the soundtrack. 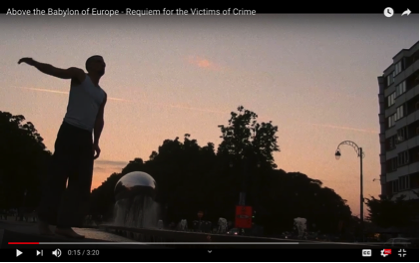 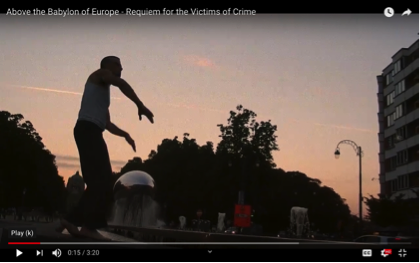 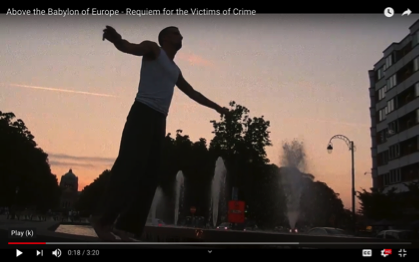 It is important to point out my feeling of poetic rhythm here: rhythm dictates not a predictable regularity (since there is no strict meter in the poem, but rather a combination of different meters and a free verse) but an overall arc of phrasing based on more subtle rhythms. Though there are repetitions and rhymes, and though sometimes the lines go to regular meters the overarching logic of the poem’s versification follows the principle of relationship (rather than regularity) so important to my visualization of the rhythm in film, therefore in the editing I didn’t strictly follow the lines of a poem but rather followed the semantic lines and stresses. 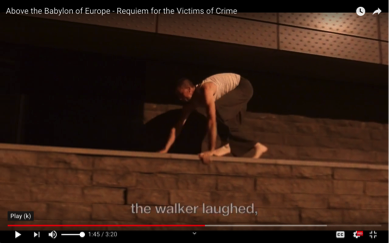 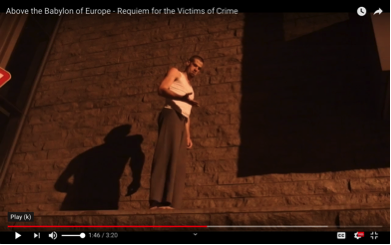 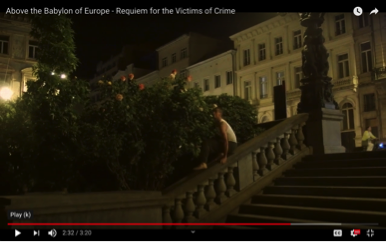 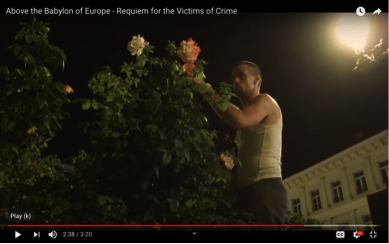 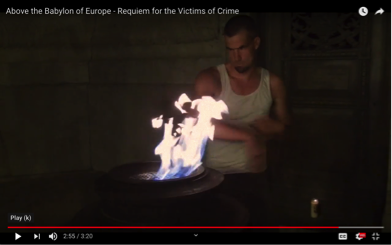 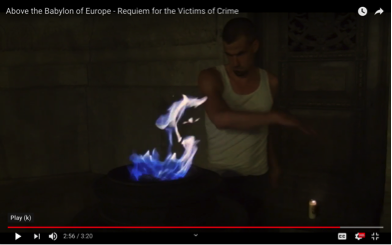 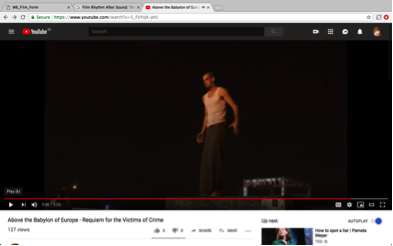 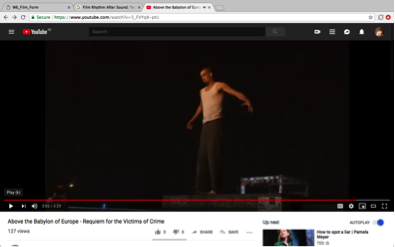