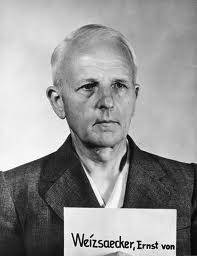 ‘WHY WAR’, the translation of a curious article by Vladimir Antonets

“In order to provide the seven billion inhabitants of the earth with the same conditions of life as an average American has, we will need the resources of five Earths” (E. von Weizsacker). That’s the answer! Or at least the major portion of the answer.

In the United States and the European Union (EU), where the average consumption is about of the same level, lives a little more than 800 million people, it is 11% of the Earth’s population. If we agree with Weizsacker’s theory, together they consume 55% of the Earth’s resources.

The population of the rest of the world, which is about 9 times more than the population of Europe and the United States, can only rely on the remaining 45% of the resources. If you understand the rules of proportion, it is easy to see that on average each inhabitant of the United States and the European Union uses exactly 10 times more resources than the average of the remaining inhabitants of the other countries of the world.

The total area of ​​the US and the EU is about 9% of the Earth’s land area. Thus, the consumption of resources of the US and the EU have got out of its sovereign territory at least six times. Here is the question of global interests.

Russia is also not a sheep! “If earthlings will live by the standards of Russia, we will need two planets of Earth” (according to Weizsacker). With its slightly less than 150 million (2% of the Earth’s population), it consumes 4% of the earth’s resources. The area of ​​Russia is 11% of the Earth’s land area, of which due to the severity of climate – half to two-thirds is not suitable for living. Thus, if Russia has not yet got out of their resource limit, then it is very close to it.

According to the different accounts: UN, the World Bank and the International Monetary Fund, the difference of the gross national income per capita (Gross National Income per Capita) between the richest and poorest countries (Central African Republic, Somalia, Burundi, and others.) is up to 1000 times.

Between the US/the EU and the poorest countries, this difference is at least one hundred times.

To explain to these poor and ill people the ideas of democracy, human rights and European (universal) values ​​is not only useless, but also cynical. “It looks inaccurate that the rich and relatively wealthy countries (which colonized other continents years ago, produced genocide, killed its own kings and queens, etc) have the right to restore the order in other countries nowadays. THIS RIGHT IS CYNICAL BECAUSE IN REALITY, that follows from the above-mentioned figures, THERE IS A DANGEROUS AND UNPREDICTABLE WAR GOING ON FOR THE CONTROL OVER THE UPPER DECK OF THE SHIP CALLED ‘EARTH’.

The development of countries and people is very uneven in time, and the forming cultures and mentality of people are heavily dependent on the history and natural environment. Generated difference affects the behavior of people and nations not less than the biological differences affect the behavior of species and populations. NOW, MORE THAN EVER, THERE IS A PROBLEM OF STUDYING THE REAL, NOT MYTHICAL HUMAN AND REAL, NOT MYTHICAL PEOPLE. These studies are not encouraged by any modern government, which uses all kinds of covers of thit prohibition, such as “political correctness,” “intolerance of ethnic hatred”, etc. De facto, the prohibition is laid down in our modern constitutions, beginning with the words “We the People of the United States …” or “We, the multinational people of the Russian Federation …” etc. In this constitutions the people are represented as a source of power.

New data about the real man and the real society may call into question the current electoral and other important social principles. In the past, when the power belonged to monarchs, there was a ban on the study of the surrounding world, because the source of power (the people) was an integral part of it. Destabilized picture of the world – destabilized source of power. You are dangerous and you should be punished, or even better destroyed.

Before the Neolithic Revolution, which was the transition from hunting and gathering to agriculture, aggressiveness and the ability to make a war were essential factors for survival, providing victory and the access to the limited resources. The lack of aggressiveness was equivalent to voluntary agreement to starve to death. Altruism was also relevant, because without those who were able for self-sacrifice the population would not survive.

In the current circumstances of developed production technology there is no problem of survival, but the species still have genetically inherent features that change with the help of civilization very slowly. Aggression and altruism remained and manifest themselves. RICH COUNTRIES, RECKLESSLY RISKING SAFETY, FIGHT NOT FOR LIFE, BUT FOR THE HIGHER LEVEL OF CONSUMPTION.

In relation to the natural world, we have come to understanding of the need to preserve areas WHERE HUMAN INTERVENTION IS FORBIDDEN, WHERE LIFE GOES ON ITS OWN CRUEL LAWS, BUT, THEREFORE STRANGELY ENOUGH, IS PRESERVED.

I’m afraid we have to accept that the safest way to live a life on Earth is to limit endless consumption and to have balanced assessment of boundaries of tolerance towards incomprehensible lifestyles. Without this terrorism can become an integral part of our lives.

The author of the article is professor Vladimir Antonets, Doctor of Physical and Mathematical Sciences, PhD.