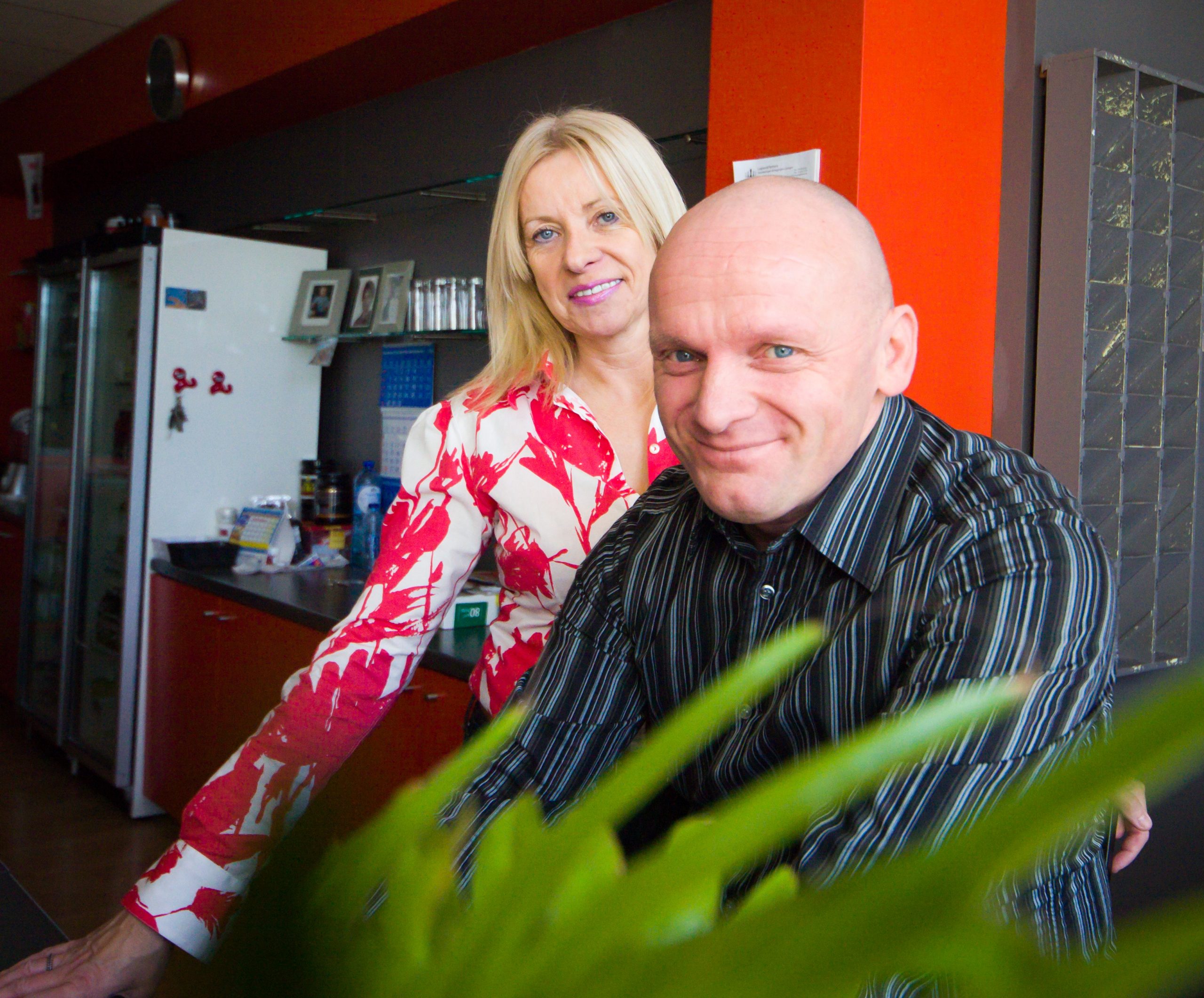 “Activ Fitness” has now been a historical landmark in the community of Tongeren for three and a half decades. The gym is one of the few remaining local businesses still in existence since the 1980s in the Belgium’s oldest city. Throughout the past 35 years, many generations of Tongeren residents have found a haven to exercise and see old friends. One generation after another has fond memories of the old gym being a presence in their lives over the years. Some still remember streaming their way to the old gym situated in a tiny old house in Vlijtingen. Since its inception the gym of Patrick Block has become a historical legacy that is cherished by many.  Whatever the memory, almost every sportsman from Tongeren has a special place in his heart for the historic fitness venue. 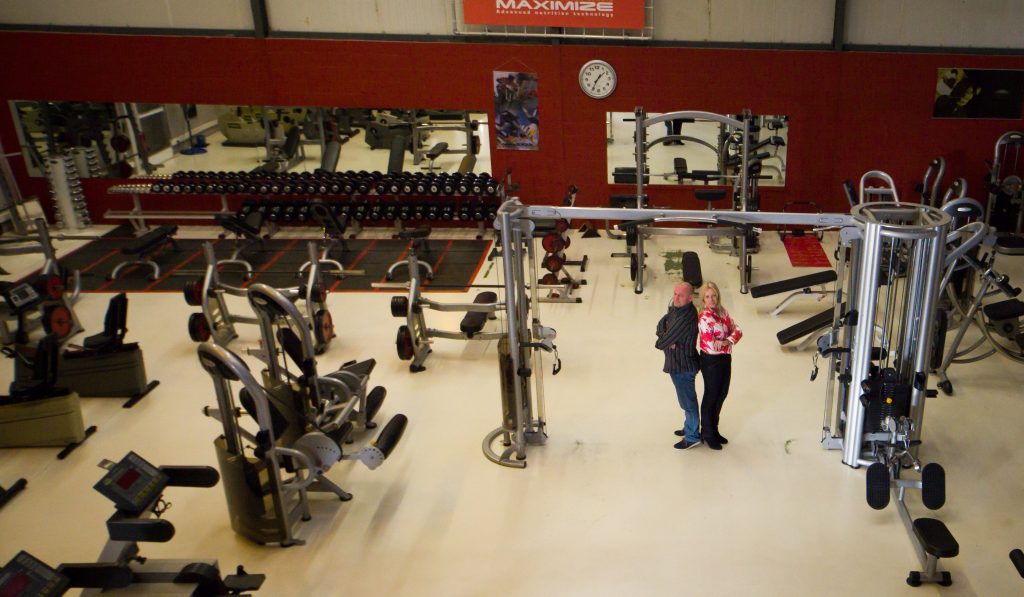 It started back in 1982, when 19-year-old Patrick Block read an inspiring newspaper article on how to build up strong muscles and decided to devote himself to bodybuilding. “I didn‘t fall too far from the tree,” laughs Patrick.

“I have already been in the fitness industry for more then 30 years. To say my dad simply inspired my career would be an understatement. I grew up watching him work as a physical training instructor in the army. Besides, he is a recognised fencing professional and has gained multiple awards in the sport.

We had some dumbbells and bars at home, but it was ultimately not enough for serious training. Therefore, we headed to a fitness center in Zonhoven “Gold’s Gym”. At that time, I was studying in Houthalen and my father worked in Zolder, so it was a convenient solution for both of us. Furthermore, my dad got so passionate about bodybuilding that he came up to an idea to start a fitness club and then he took early retirement from the army”, says Patrick. 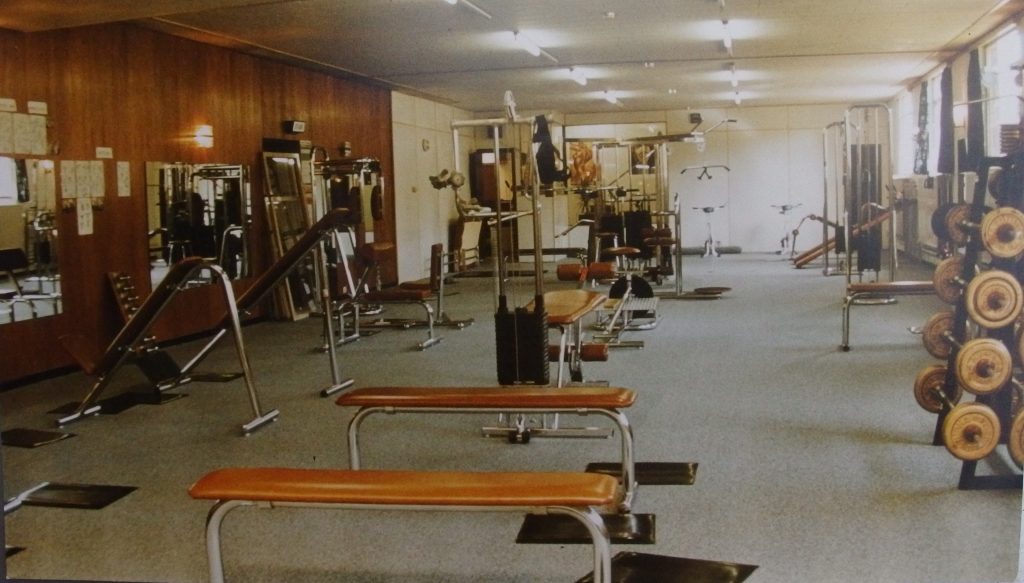 It’s no surprise that after spending his youth soaking up everything he could from his father, Patrick joined his dad in the fitness business and they took over a small gym in Bree. You have to remember that in 1982, there were very few gyms and no large-scale fitness chains either. In the 80s, the proprietors of sport venues would open their enterprises in tiny residential houses. 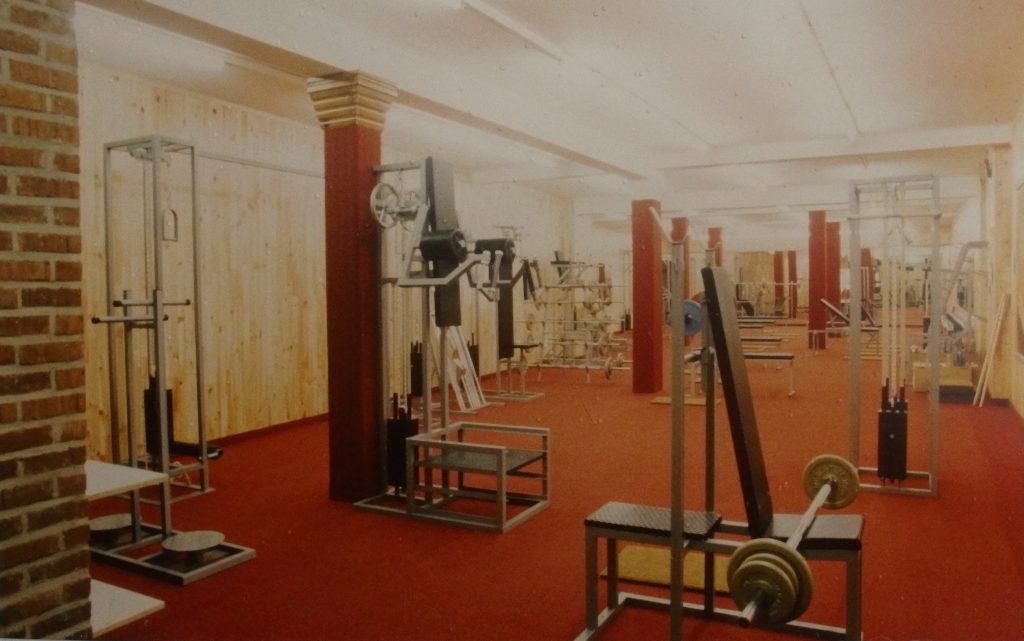 Patrick and Roland were unique in that what they were offering was a relatively new item on the market – a simple family-owned gym. Apart from that, what attracted people to Block’s fitness was the experience they gave their customers: recognising each client by name and knowing by heart the program each member followed. People would line up throughout the year to exercise and enjoy the experience of coming into Block’s cozy gym. 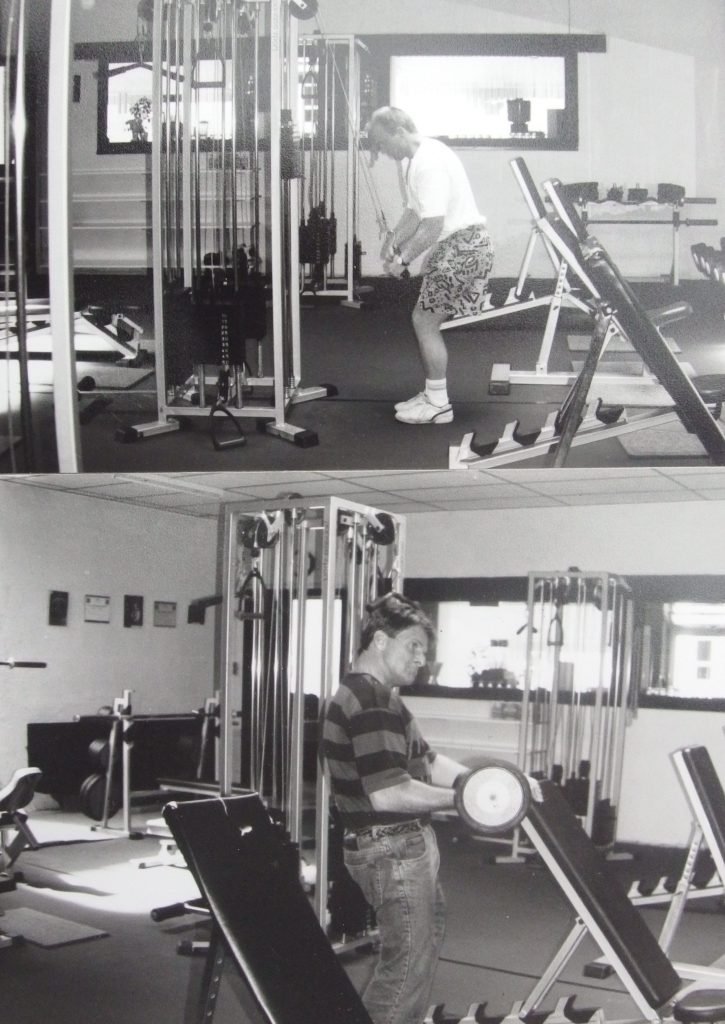 Patrick and Roland at their first gym in Tongeren

“I perfectly remember Block’s gym in Vlijtingen. I worked out there for about three years between 1985 – 1988. It was a good place to exercise. Summer nights it was a buzz with clanking plates and the grunts and groans of men doing heavy work and sweat, man did you sweat in that place. Patrick’s father and mother were managing the place. Nowadays, I train at Patrick’s “Activ Fitness”, a huge and chic gym in comparison to its predecessors”, smiles Jean Rouffaer, a life-long fitness aficionado and a freshly retired PE teacher. 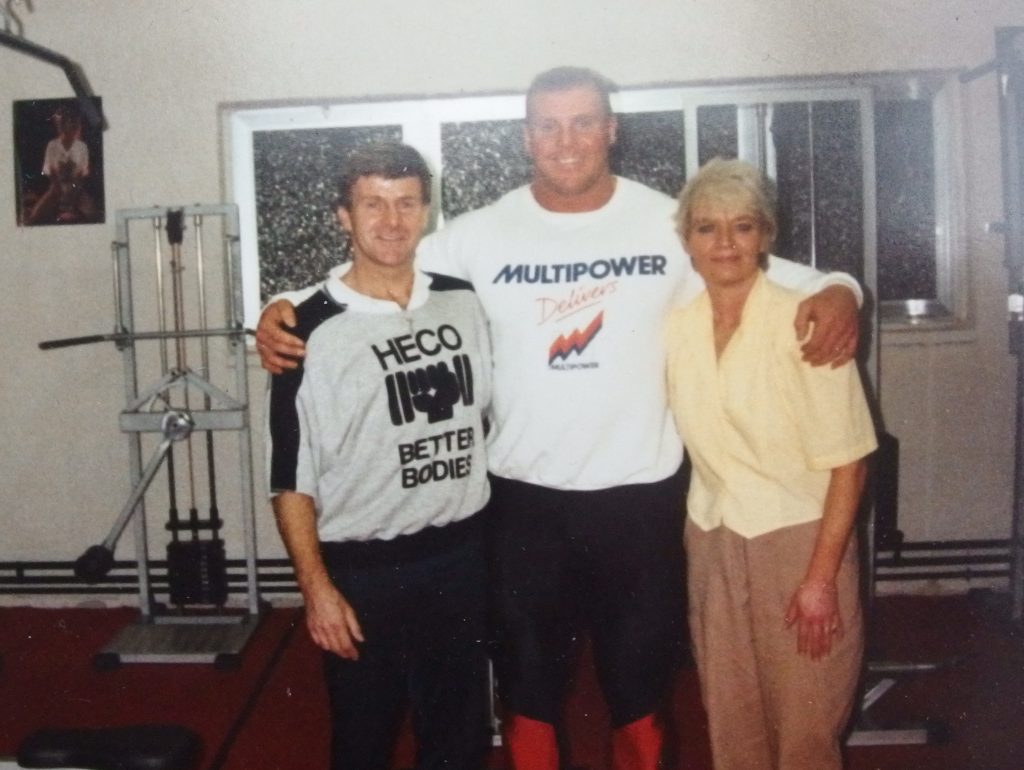 Roland Block and his wife at their first gym in Tongeren

For almost a decade, Patrick and his wife Mientje continued to build the business into a thriving landmark, and were one of the pioneers of independent fitness clubs in Belgian Limburg.

“After I had completed my military service and had had a really bad car accident, my father and I started a gym in Vlijtingen (Tongeren). Hence, I could do rehabilitation routines to recover faster. The gym was always full; the fitness craze saw a rise in popularity. It was the time when Arnold Schwarzenegger and Richard Simmons popularized “pumping iron” and aerobics. 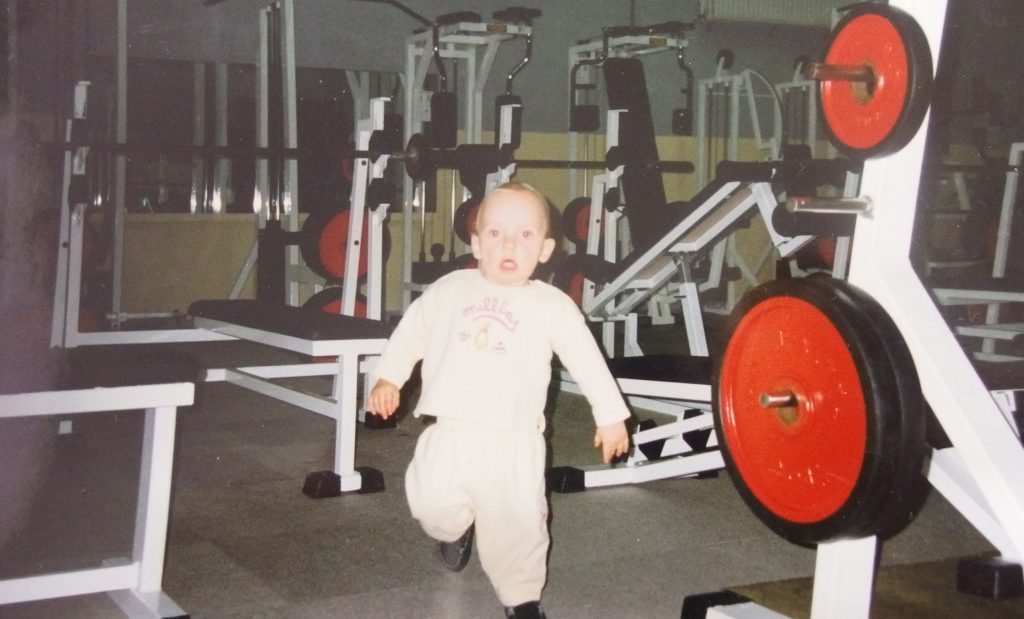 For eight years my wife and I had been running our fitness enterprise until we received an offer from the landlord to move to a new building which was a lot bigger and more modern. So, from 1988 till 1996 our gym found its pied-a-terre in Rutterweg, 40 in Tongeren. Customers streamed in and the club has become a real gold mine. In 1996 – 2006 we moved again and were located in Rutterweg 63. 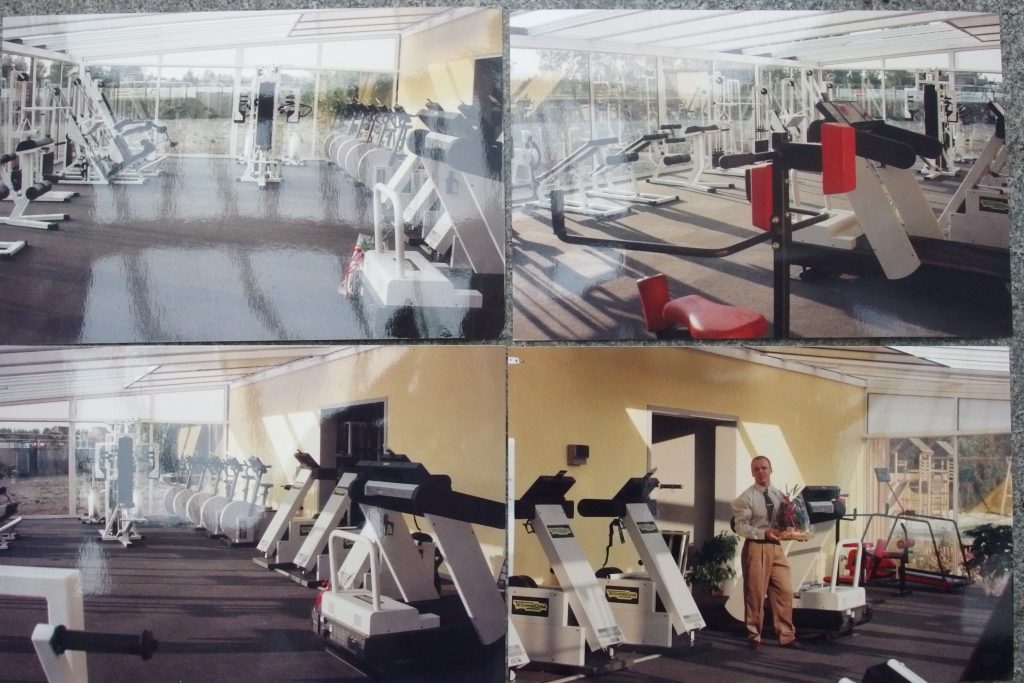 Eventually, in 2006, we moved for the third time. The owner of the newly built complex, also located in Rutterweg, gave us carte blanche but we have to cover all the expenses on our own and bear full responsibility for the venue. As a result, now we have a vast high-ceilinged 200-square-meters space where different sports are practiced (fitness, spinning, Pilates, yoga) and where a sports massage therapist gives sessions several times a week”, explains Patrick. 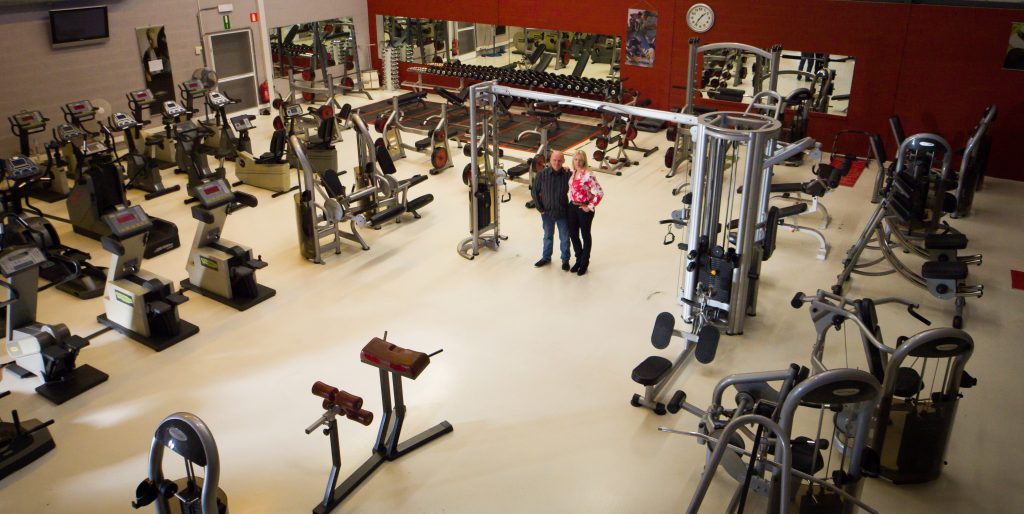 Today, Patrick Block is the owner of one of the oldest independent fitness clubs in Belgian Limburg. Despite all the achievements, Patrick still jumps behind the counter to greet every single customer and show his passion for fitness. 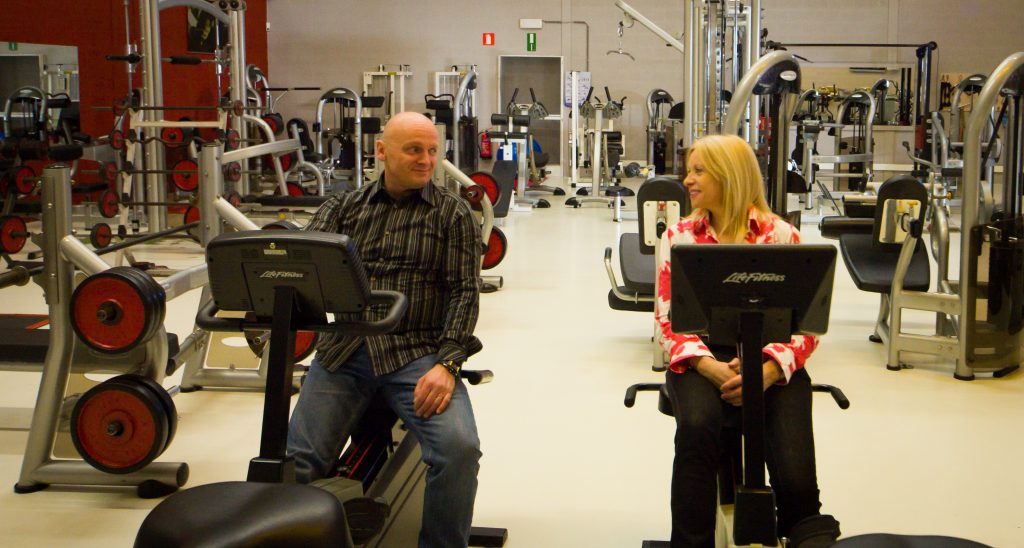 In contrast to the 80s, the current business climate for independent fitness clubs is more challenging than ever. “Activ Fitness” has a bunch of competitors, mostly serious nationwide fitness chains, but still stays ahead of the competition and copycats. Their secret? Everything about Blocks is high quality. Their equipment is all top-notch premium brands. Their 30 years of experience is enviable. And of course, they are always personally right in front of you. That’s what makes the club authentic and appreciated by its life-long members.