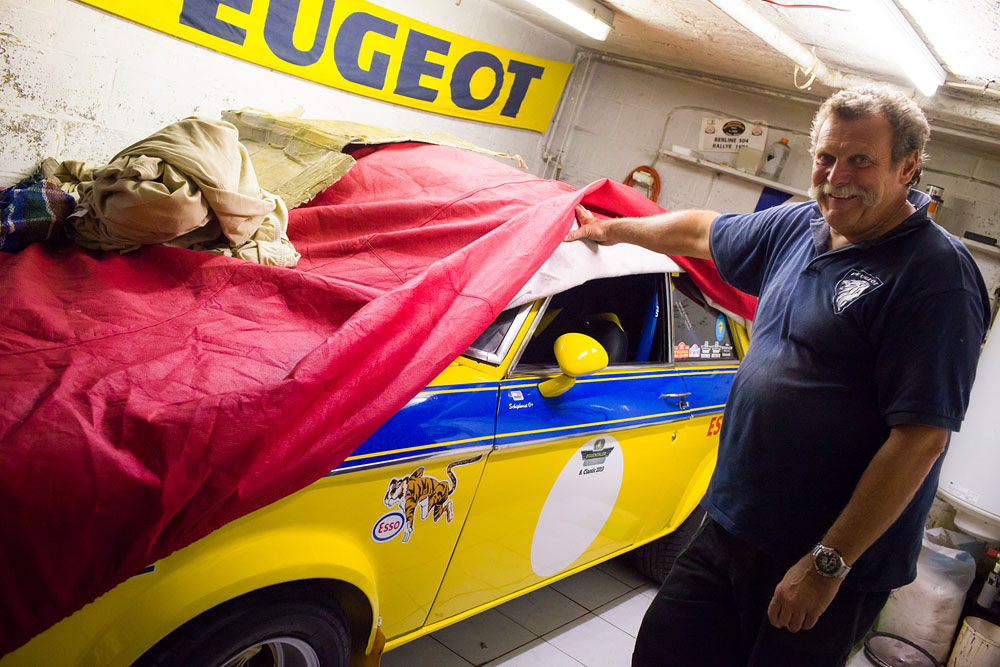 It’s not hyperbole to say that Tongeren is home to many of the Europe’s best vintage. The city’s weekly antique market is the largest in Belgium and can justly lay claim to being the best in the field. The forty antique shops of the town are also a first port of call for locals with visitors in tow. However, not a lot of people know smaller-scale vintage stories of the oldest town of Belgium. Looking for alternatives to the big hitters, I’ve visited a home-based Peugeot old-timers “museum” of Jos Schiphorst.

When it comes to the theme of old-timer cars: restorers, collectors and events, – there isn’t a better place to be than Belgium. The combination of available derelict classics, the geography (Belgium is located in mid of Europe’s automotive industry) and the people who grew together with automotive development means there are dozens of collections/collectors in the country worth digging.

The old-timers movement is spearheaded mostly by devoted enthusiasts, among them is Jos Schiphorst, a former Belgian soldier, who spent 37 years in military. Surprisingly but true, Jos started collecting Peugeot toy cars while quitting smoking. “Every week I bought a new Peugeot toy car from the money I saved by not buying cigarettes”, Jos starts his story. “The obsession lasts for 20 years already. That’s how my house got to be filled from top to bottom with Peugeots”, laughs Jos.

The house of Jos and his wife Hanna consists of the living space and the ‘car zone’ where seven Peugeot old-timers live their happy life. When wandering from one room to another prepare to encounter hundreds of Peugeot-related objects. The house is packed from floor to ceiling with an innumerable number of rare Peugeot things, collected by Jos and Hanna around the world: toys, t-shirts, tools, jackets, books, magazines and all kinds of souvenirs. 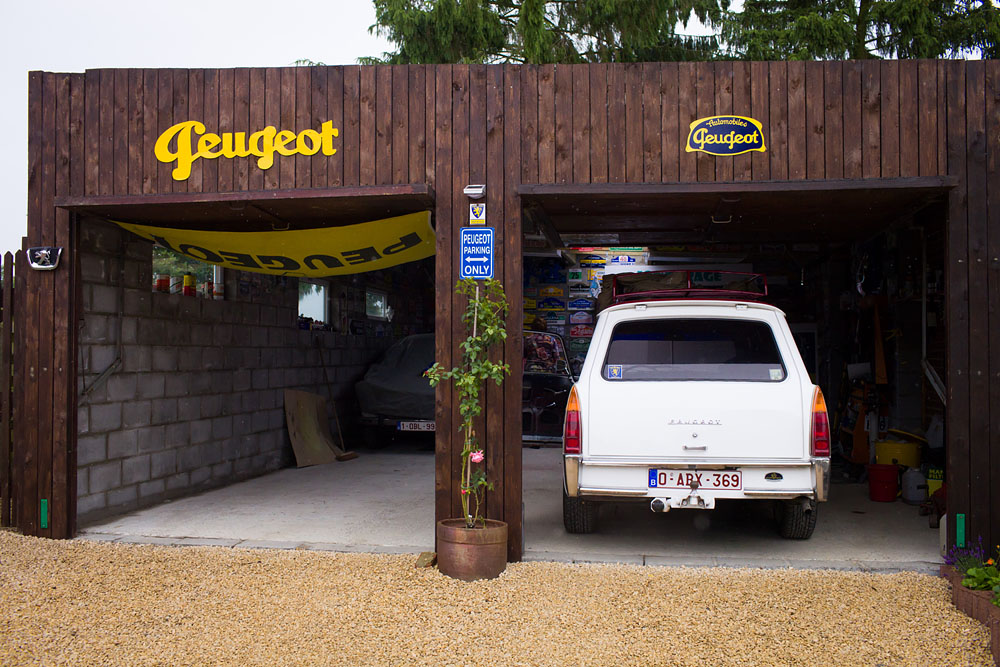 Jos Schiphorst, who boasts of a rare collection of Peugeots, does not need any introduction in Tongeren and the surrounding areas. He has the capacity to be the guru for anyone having an interest in Peugeot old-timers. A part of having been born and brought up in Lanaken (Limburg), Jos has since long been involved with the Peugeot old-timers movement. He is one of the activists of Peugeot Oldtimers Club of Belgium. This is a hobby that has been very dear to his heart. For over two decades, Jos has travelled the length and breadth of Europe together with the other Pegeout addicts. He even inspired his wife Hanna to search for Peugeot toys together with him while on holiday in France or Italy, so he could add it to his collection. And each of Jos’s cars has a story to tell.

Jos Schiphorst and one of his old-timers/Courtesy Anuschka Theunissen

‘I just think it’s a shame not to preserve them, they are part of our history,’ says Jos, whose oldest Peugeot dates back to 1958 as Jos himself. He digs Internet and old-timer magazines to seek out new automobiles for his stack.

“The first car of my current collection ‘Pegeout 304 Coupe’ is bought for only 300 franks, it was sold for parts. After the restoration it is worth a fortune. Here is another one, which is very special. It is the car from TINTIN story, a participant of major TINTIN-themed events”, boasts Jos. 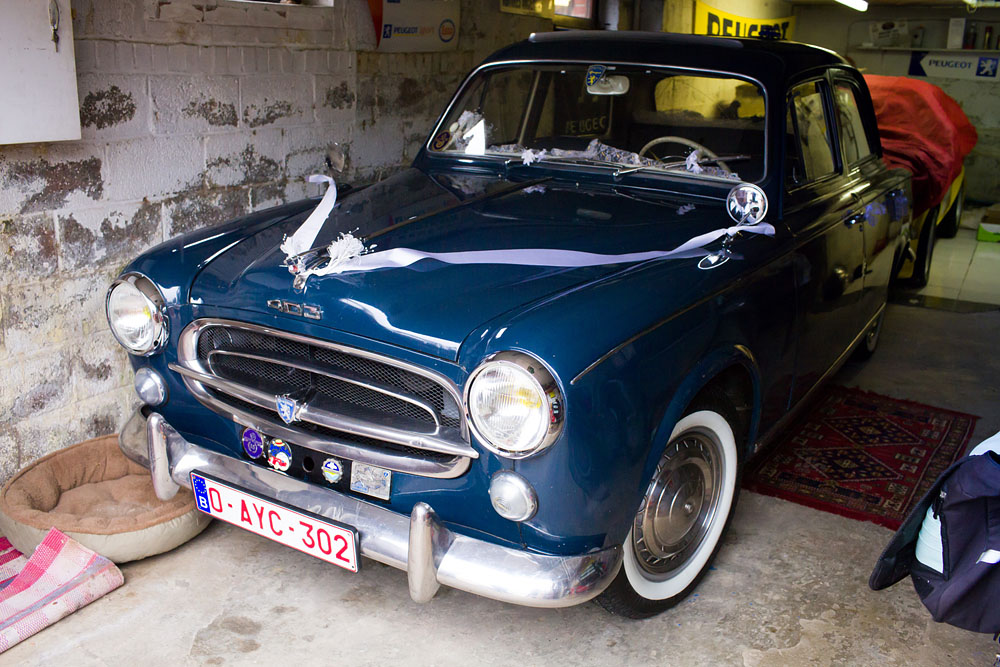 The retired soldier’s love of Peugeots started in 1975, when he was once asked by his brother who worked at Peugeot garage to come and help him to change tires.

‘I was in my teens back then, observing my father and my brother – both busy with cars. My dad spent 30 years at Ford Genk factory. My brother worked at Peugeot garage in Lanaken. Once he asked me to come to garage to help him – my addiction started from there,’ recalls Jos. “My first old-timer was Peugeot 104, I bought it when I just turned 18. By that time, I had been working as a car mechanic and as a ticket man on Sundays at the car-racing track “Circuit Zolder”. 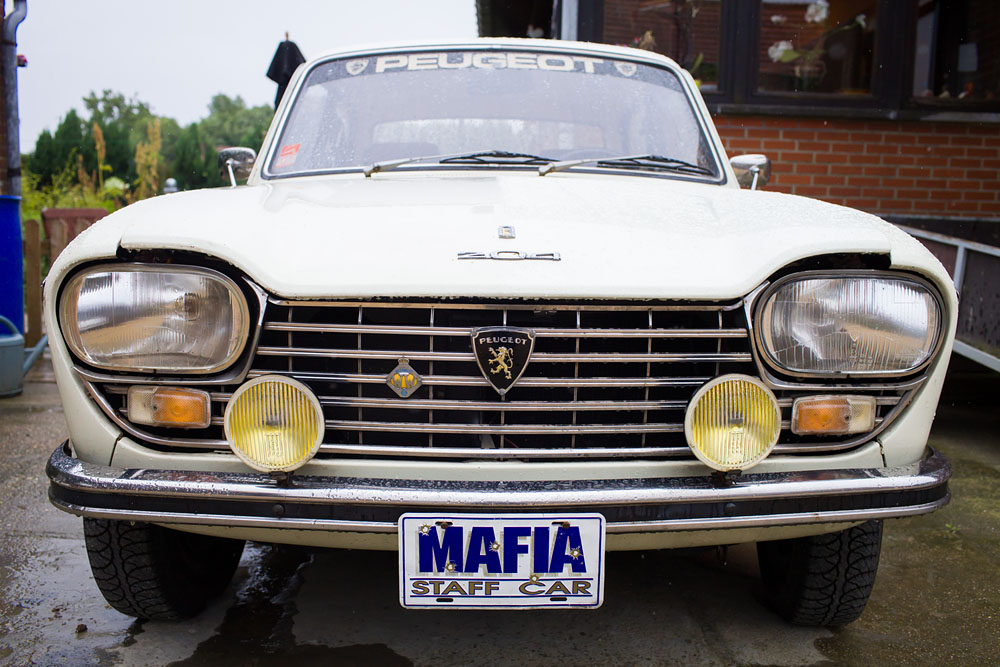 One of the old-timers of Jos Schiphorst/Courtesy Anuschka Theunissen

In his decades of collecting, Jos has seen the automobile industry change, for better and worse. “Cars have improved technologically a lot in the last few decades. But I give my vote and respect to old-school mechanics. Oldtimers are repairable, new autos are not meant to be repaired”, says Jos. 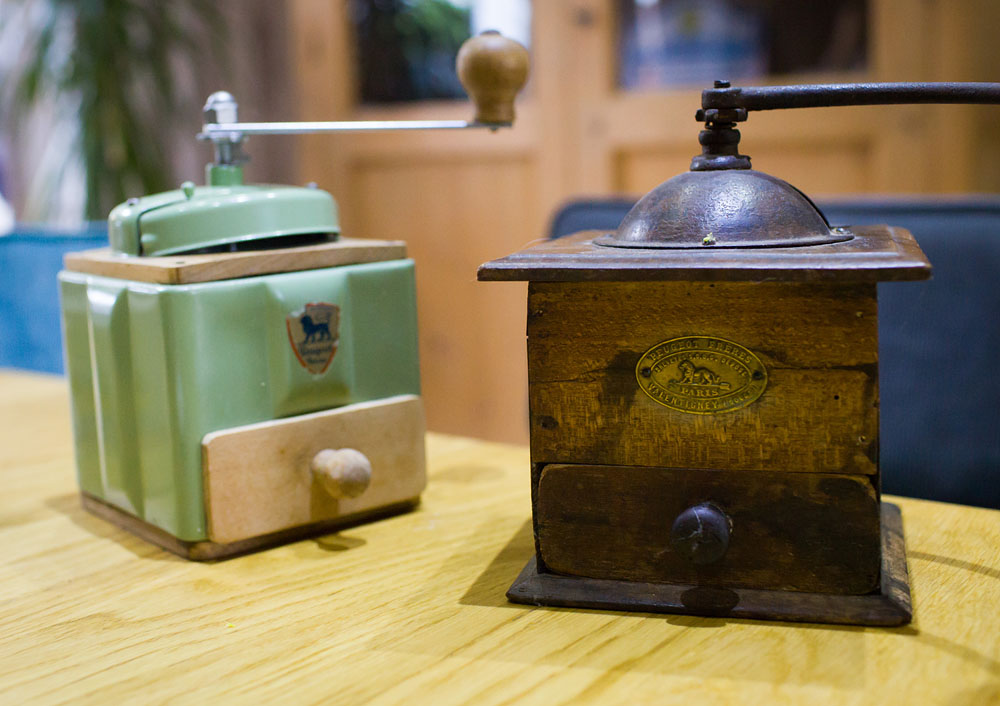 Every antique automobile enthusiast dreams about finding a long-lost car in some barn. A forgotten treasure waiting to be rediscovered. Jos is not an exception. “In total, I bought and sold, I guess, around hundred cars. My retired life is all about buying cars and then selling them to be able to purchase a more unique one. I believe if you just go out looking for old cars, not for any particular model, you’re more likely to find a car you want. I think all the Peugeots have been discovered, and the Belgian locations of Peugeots are pretty much known. But there still are a lot of exciting old-timers in Internet, around the world. I enjoy doing the detective work – you always find something rare”. 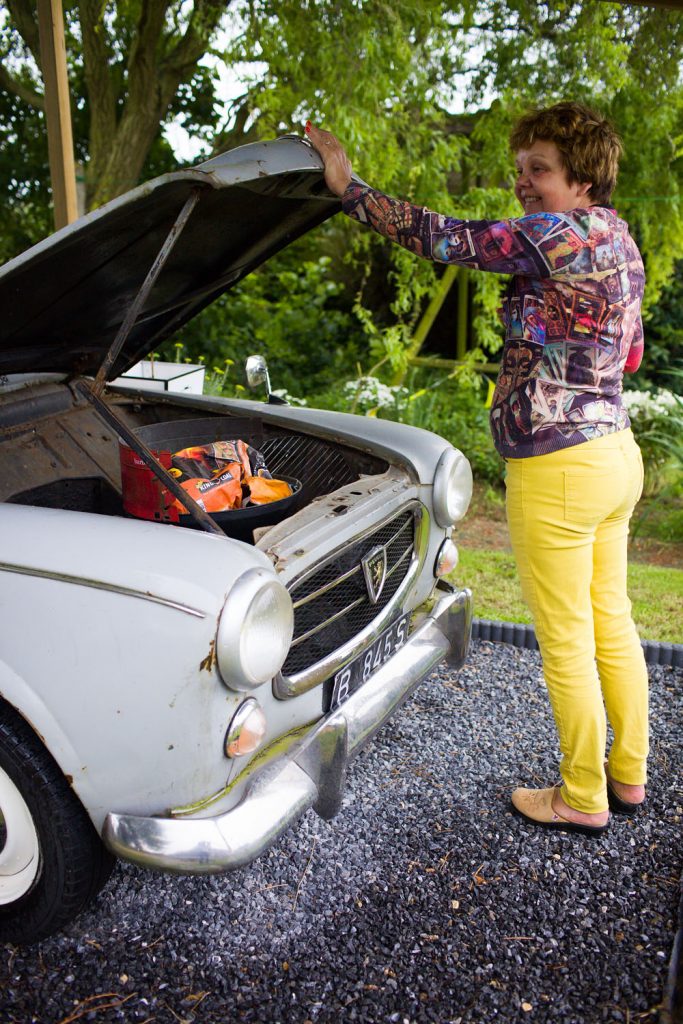 Jos’s wife Hanna is also enjoying being in constant search for old-timers. “Actually, it’s more fun hunting for a magic car, rather than going antiquing with your husband on a Sunday afternoon. Looking for marvellous classic cars instead of old furniture or other collectible vintage items is pure joy. The trick is, you’ve got to be open to the vehicles that have an interesting story. Because we buy the story more than the actual car”, smiles Hanna.