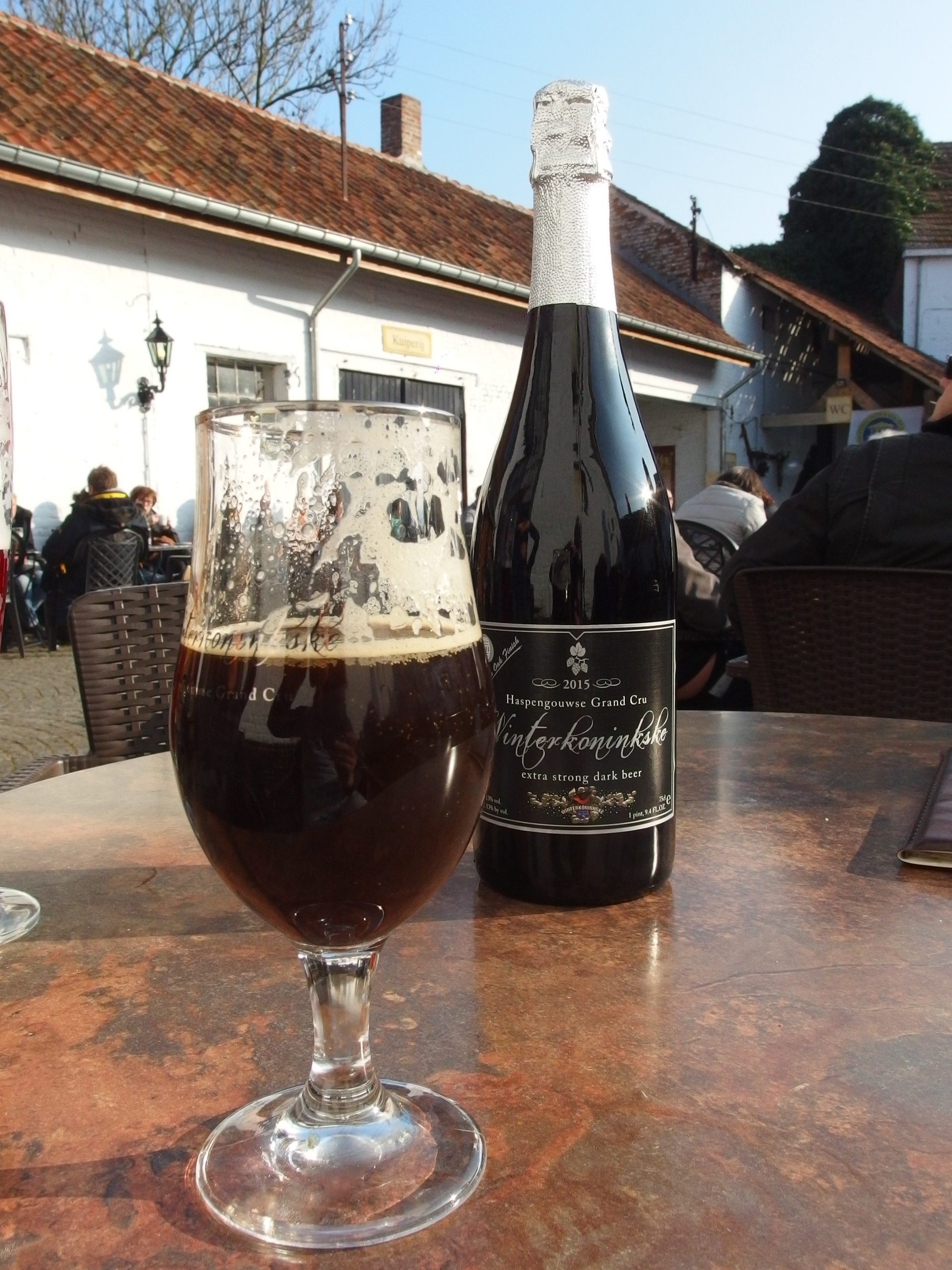 When we think Belgium, we think beer. Lots of beer lovers spend a fair amount of time drinking beer at their favourite cafes, but not all of them think what they put in their bodies. Despite all the information provided by Internet, a huge number of the people in this food-conscious demographic still buy crappy, industrially produced beers. These folks have educated themselves about many other aspects of what they eat and drink, but are seemingly unaware that these beers are on par with the fast foods they spend so much money and energy avoiding. 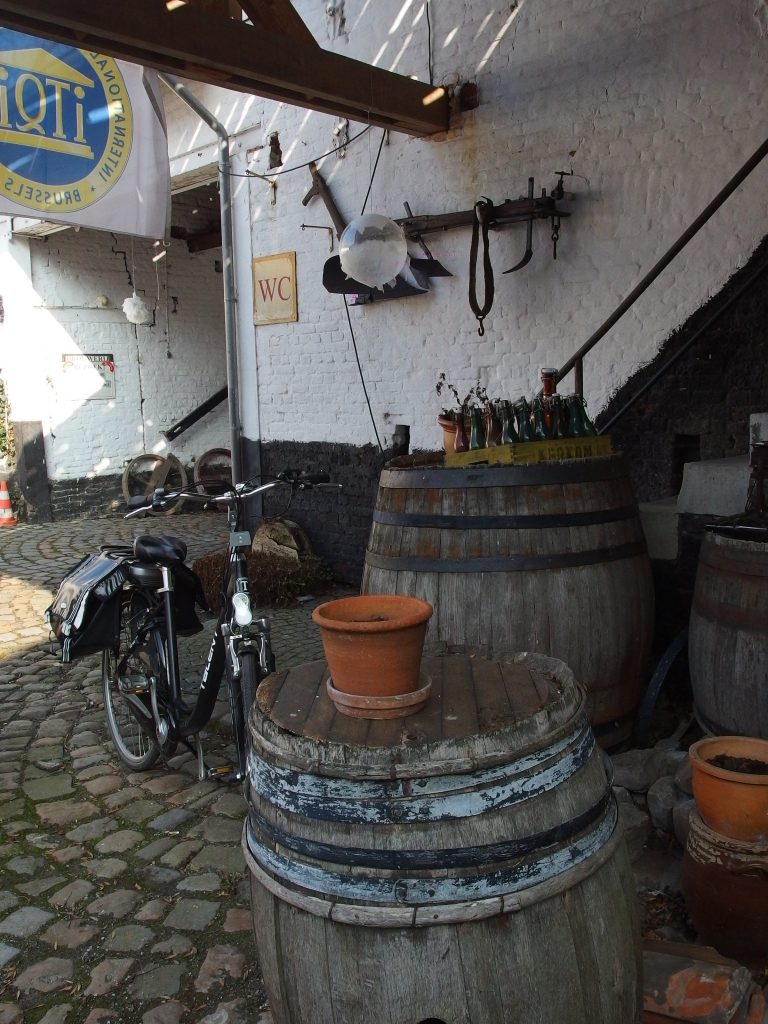 In the planning stages of this trip, we knew we had to get in on a true experience of the Belgian beer culture, and not just at beer cafes – we wanted to go directly to the source. Since we live in the Province of Limburg, we visited one of the unique local breweries of Sint Truiden called The Kerkom Brewery.

The beauty of this region is an indicative element of the beer produced in Limburg – one of the largest fruit-growing regions in Europe, miles and miles of rows of apple and pear trees, endless strawberry plantations, cows and horses on meadows, the fragrance of herbs and fresh air.

Seventeen years ago, Marc and Marina Limet-Siongers took over the historic brewery that belonged to the family of Clerinx. In 2009, they celebrated the 10th anniversary of their enterprise with the publication of a comic book created by a cartoonist Dré Mathijs. The artist illustrated the 150-year history of the brewery, from its beginning through the present day. 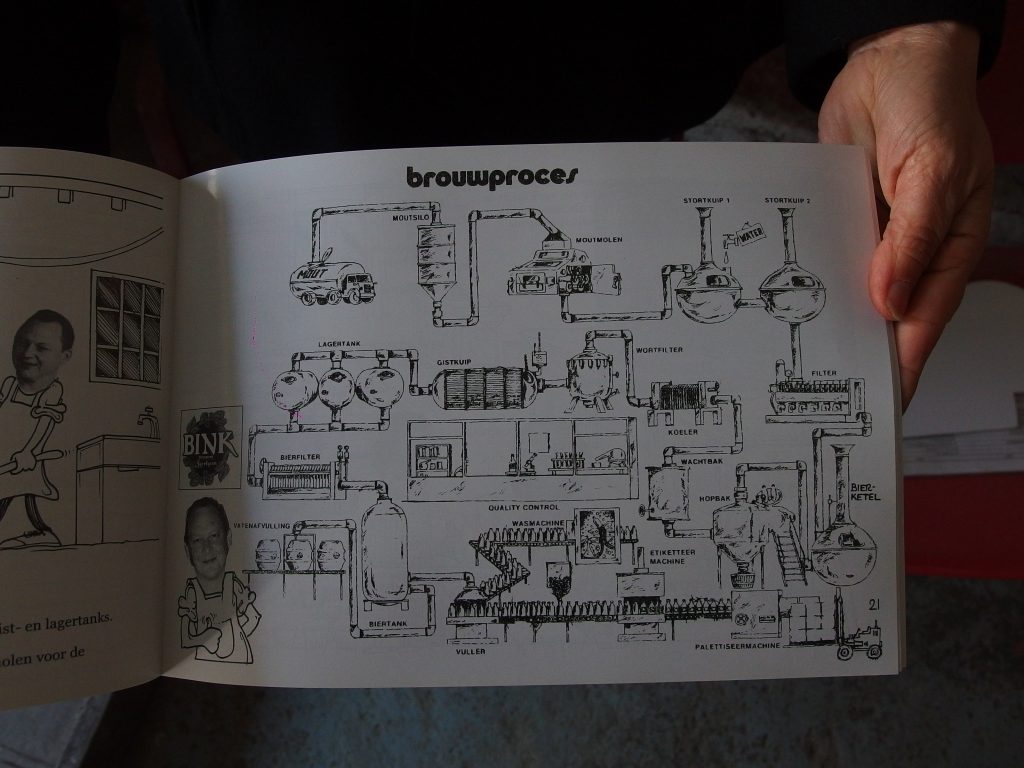 The story starts in 1878 when Evarist Clerinx bought Kerkom old hostelry ‘La Renaissance’ situated on the route Sint-Truiden-Hannut-Namur. Evarist delivered his first beers to the cafés and wealthy citizens of the region.

In the First World War the Germans confiscated the equipment of the brewery, but in 1920 Evarist reopened the brewery together with his son Paul. In 1928 Kerkom had to face fierce competition with newly established brewery Alken, the pilsener of which became popular in a short time.

In 1952, Paul’s son Jean stepped into the company. He developed the dark blonde and slightly bitter high fermentation Bink beer. The Bink refers to the nickname of tough inhabitants of Limburg. In 1968, Jean stopped the business and went to work for competitors – the Alken. Beer factory. After his retirement in 1988, he began again brewing the Bink beer. 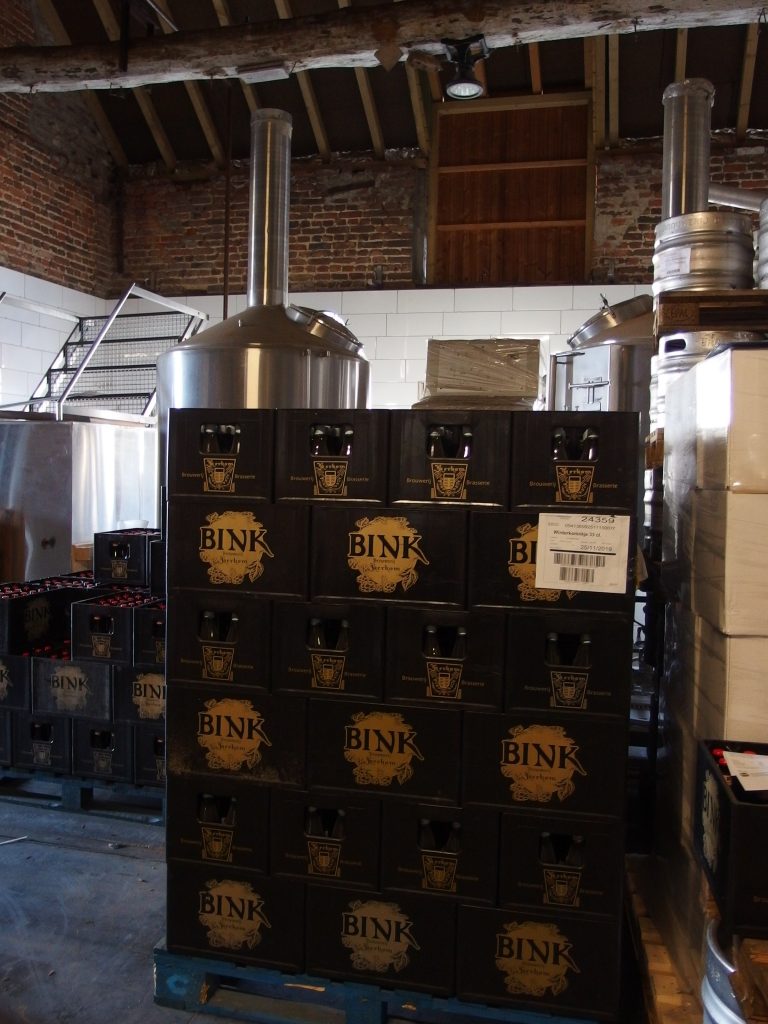 In 1999, Jean Clerinx sells the brewery to Marc Limet who then develops new and extensive range of Bink beers: blond and brown Bink, Blossom Bink, the Winterkoninkske, the abbey Adelardus and Kerkomse Tripel.Kerkom brewery was modernized, but the gems of industrial archeology are still there to be admired. The former coach house and the former cooperage were transformed into a dining room with the atmosphere of a pub.

We were given an incredible tasting of some of the beers we have trouble finding in the supermarkets. Our top pick was a strong dark beer Winterkoninske Grand Cru. Smooth as silk in feel, dark fruit and tobacco dominate the aroma. Along with this come some subtle spices like cinnamon and nutmeg. It is an incredibly special beer and we ended up purchasing another bottle to enjoy later at home. 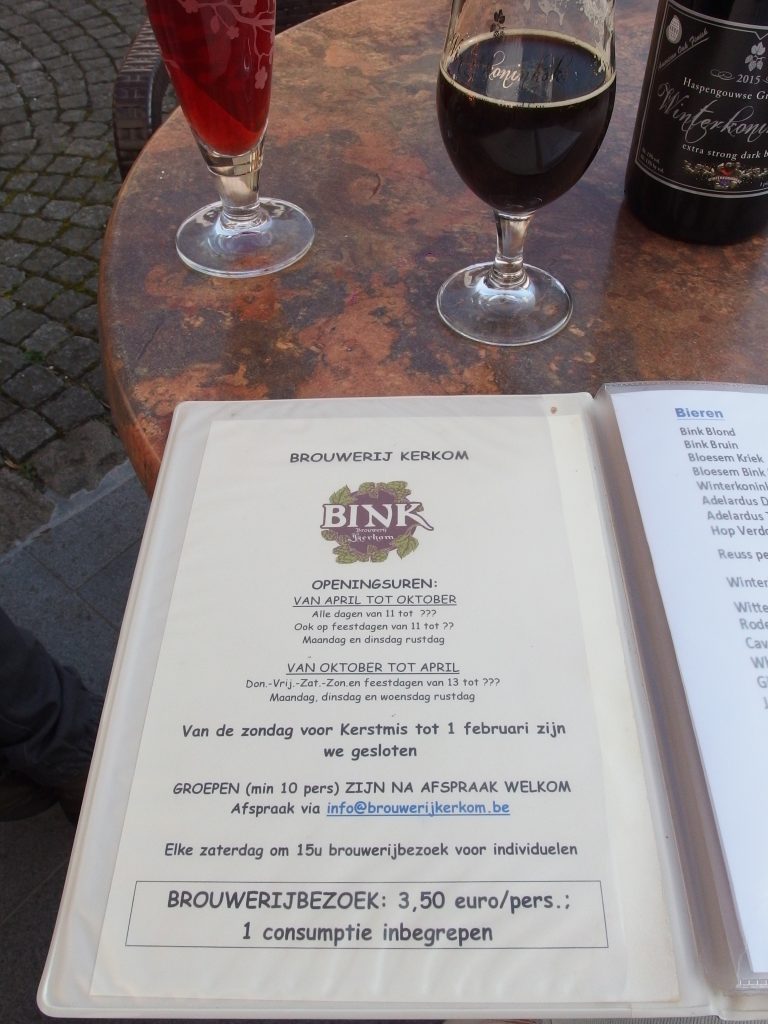 Chatting with our tour guide, a knowledgeable and experienced woman, we delved into some of the ancient techniques of beer production in the region and saw how one could innovate them with 21st century technology. From the hops to the Bink beer, every step of the process is done manually.

Summer is just around the corner and we are again and again ready for weekends on a lovely terrace of the old Kerkom brewery tasting exemplary craft beers of our beautiful Limburg.